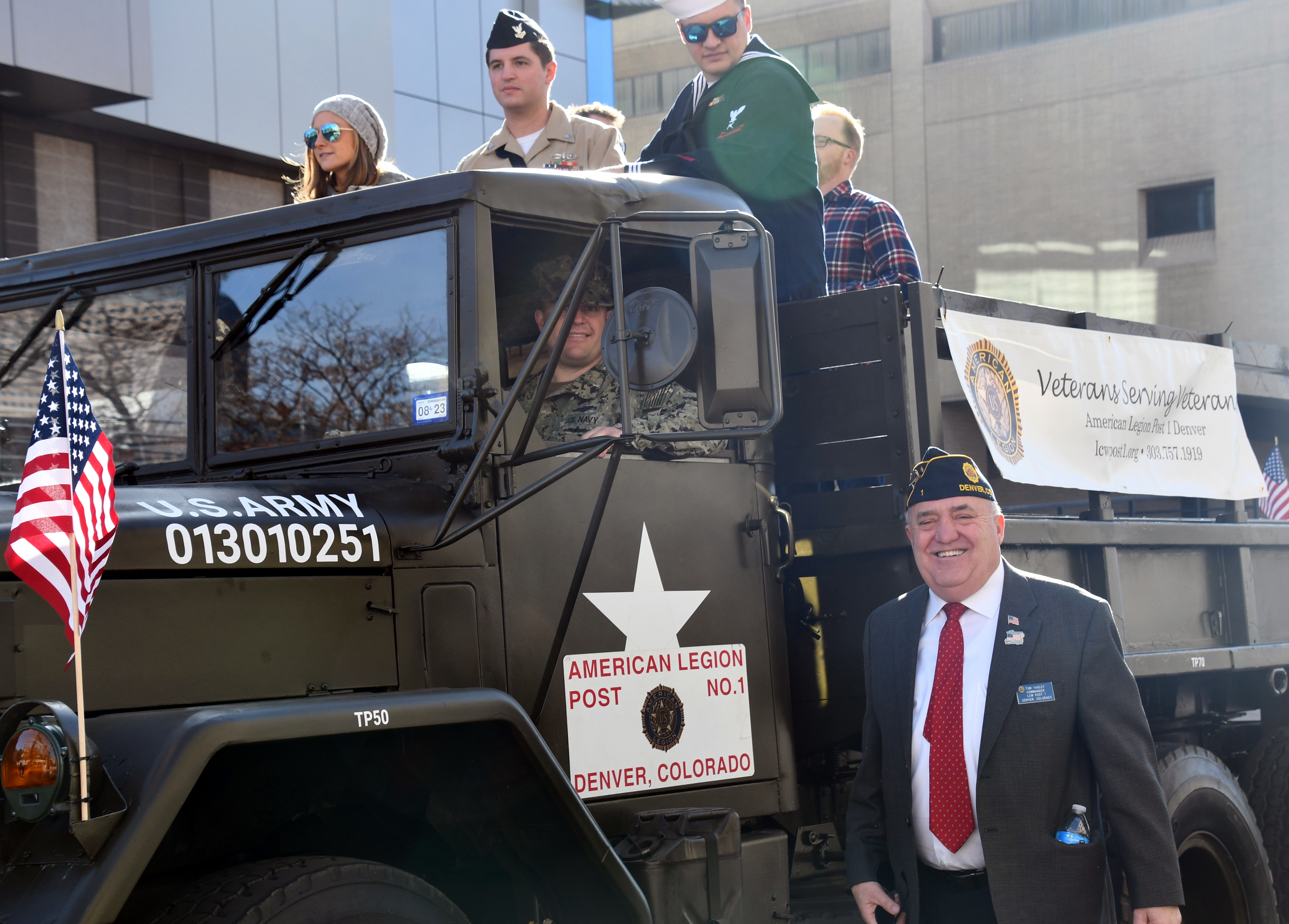 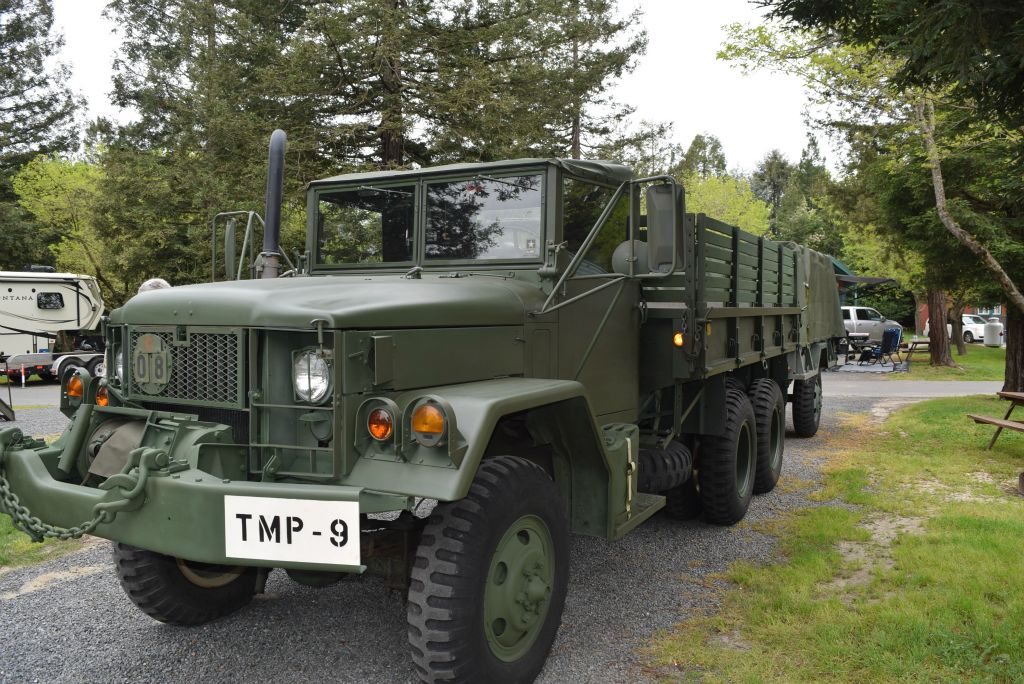 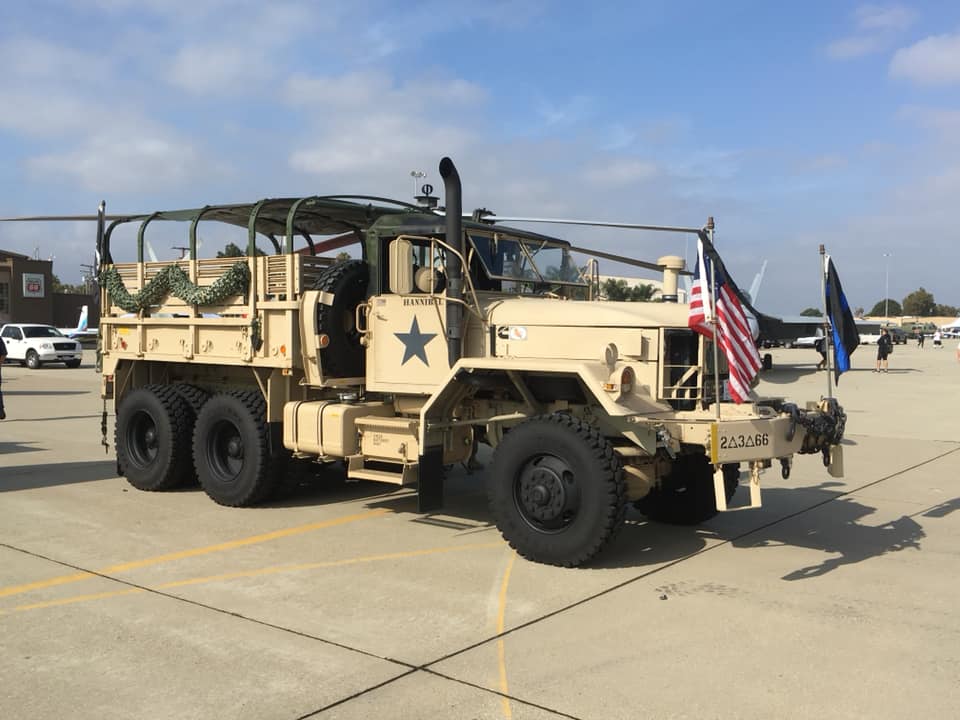 Great looking trucks everyone, best of luck to you all!! 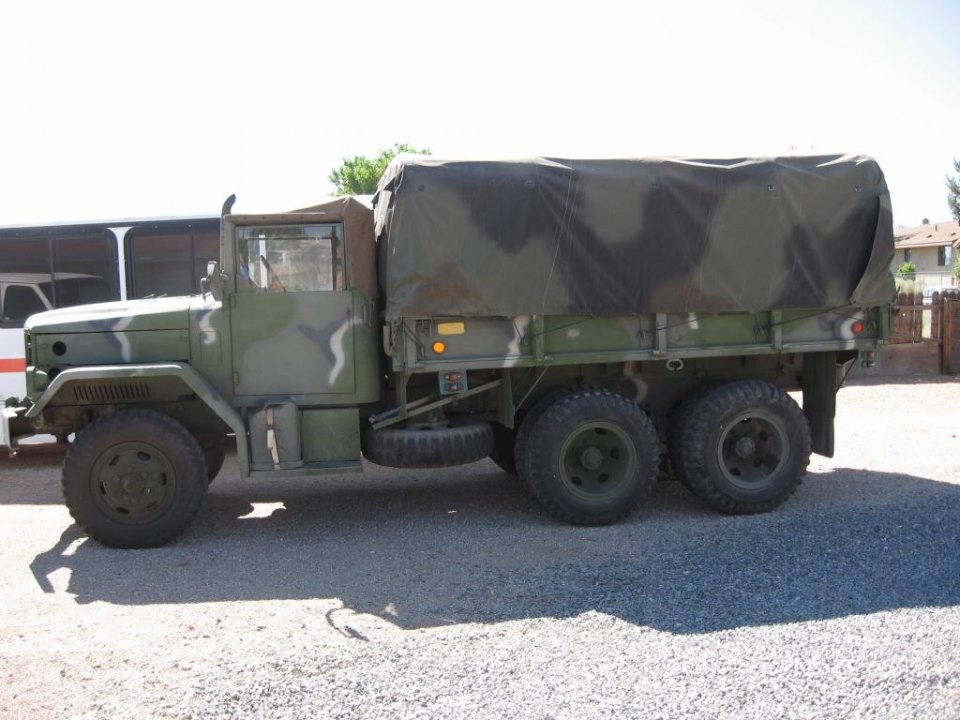 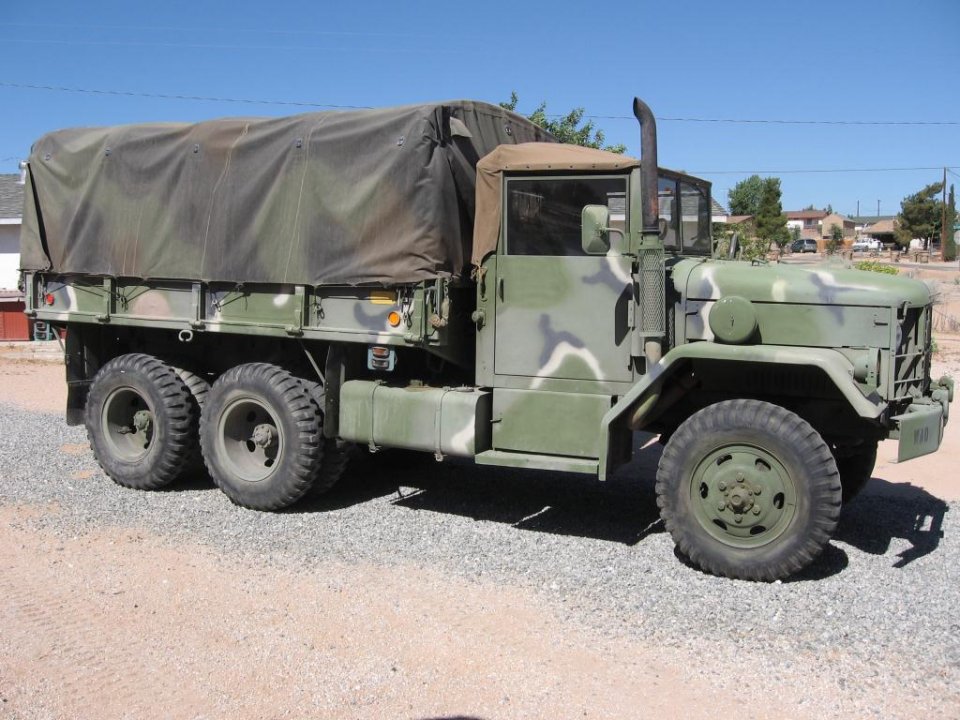 Tracers truck is super clean and meticulously maintained. He deserves your vote.

We have here FOUR beautiful candidates

I'd like to see some SERIOUS campaigning this time around.

Who will be the best of the best? 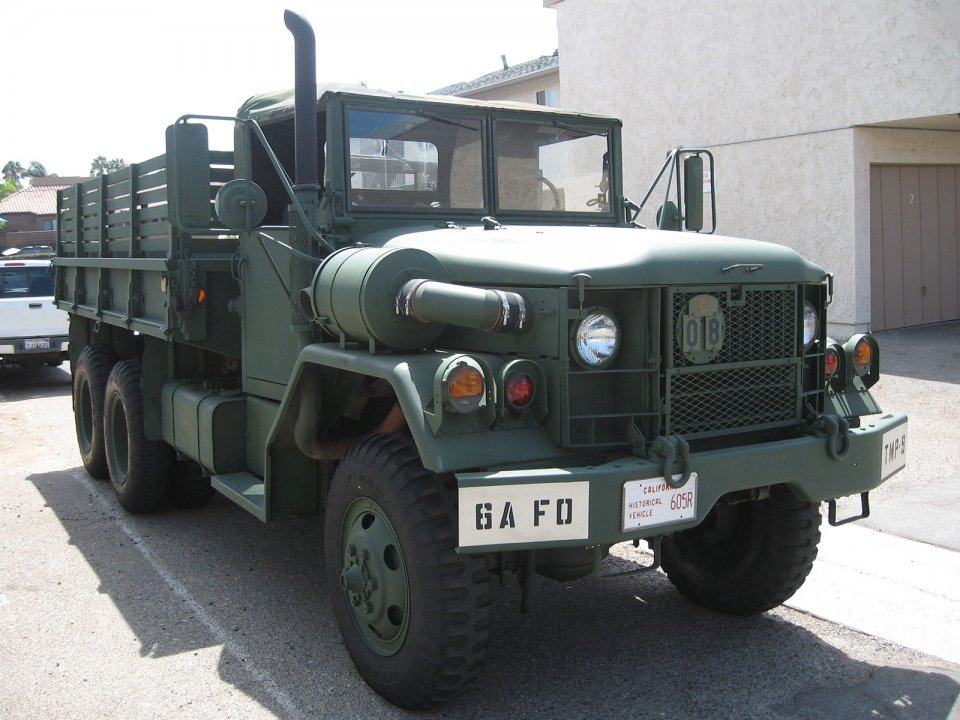 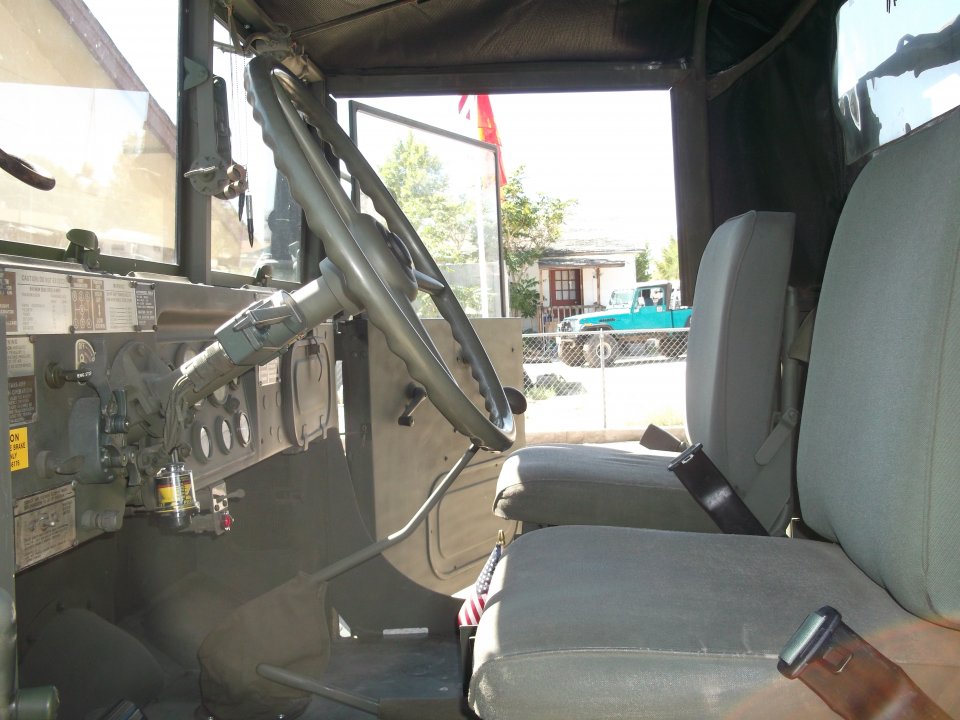 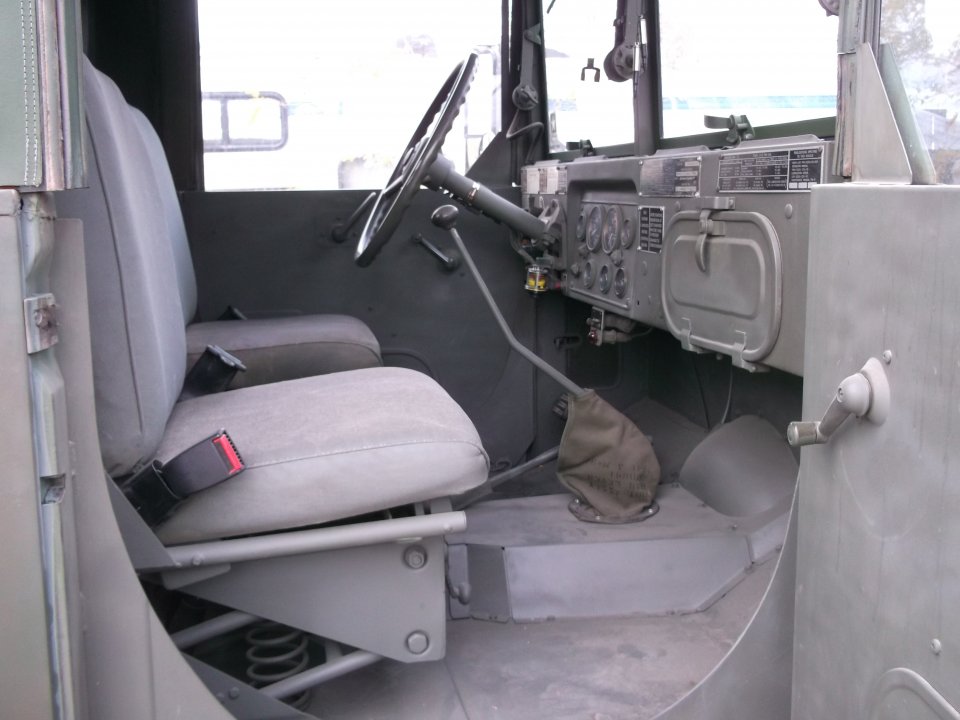 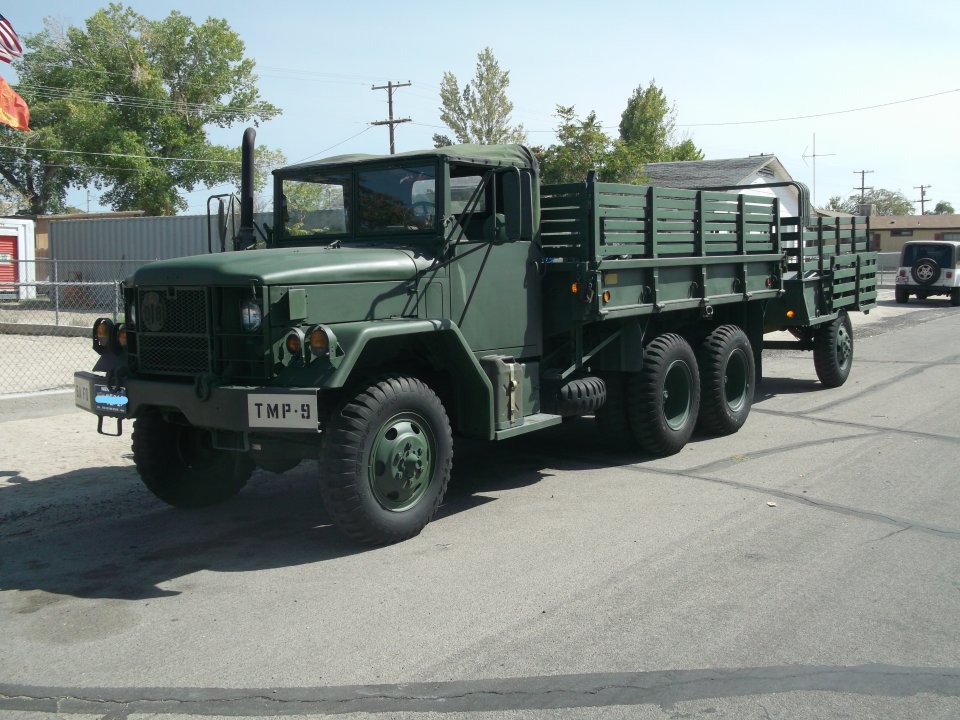 I Painted the truck Woodland Green, added the M52 air canister, warning signal lamps, west coast mirrors, and a drivers spring seat on the passenger side for my wife (navigator). The Nickeled 30-06 rounds hanging from my wiper vacuum lines are my wife's idea, (air freshener). Last, I picked up a clean M105A2 from a friend, did the brakes, added some paint and tires, she pulls nice and straight.
Last edited: Mar 18, 2020

Asked PB to get out and vote. Said he was busy. 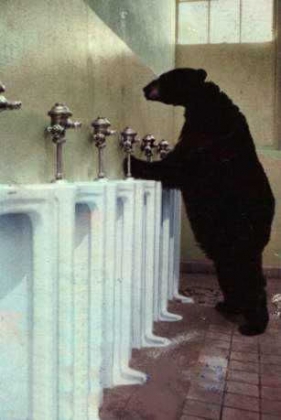 This truck is deceiving plain to the eye...and that's exactly as intended. It was regeared with the 3.07 gears, drive line balanced, and with the C7 CAT rerated for 350 HP it flies down the road. Everything below the frame was pulled, cleaned, and rebuilt. During the test drive I hit 78 mph (safely with higher rated tires) and still had power to keep climbing. Having redone all the hoses, converted to all milspec/factory LEDs, and basically reset the truck to factory fresh it's a mean green machine. It deserved a paint job which was my first 2 tone (black frame and 383 green body). Everything is military sourced on it still.

If you had the chance to put your foot to the floor in this relatively young gal it would be hard to go back to slamming gears, Armstrong steering, and calculating travel time "by deuce" speed.

Tracer, that baby brings back some real good, (and a few bad) memories. We did the same thing with the drivers and passengers seat also. Made life a tad nicer running long distance. All the trucks look great, but yours opens a lot of old doors in my head.

Guyfang said:
Tracer, that baby brings back some real good, (and a few bad) memories. We did the same thing with the drivers and passengers seat also. Made life a tad nicer running long distance. All the trucks look great, but yours opens a lot of old doors in my head.
Click to expand...

My twitchin' finger has cast my ballot.

Thank y'all for some FINE trucks this month!

what troubled times ... my best wishes to you all and please stay healthy

Vote cast. What a great representation of our addiction. Good luck and god speed.

Stay safe, the world is changing before our eyes 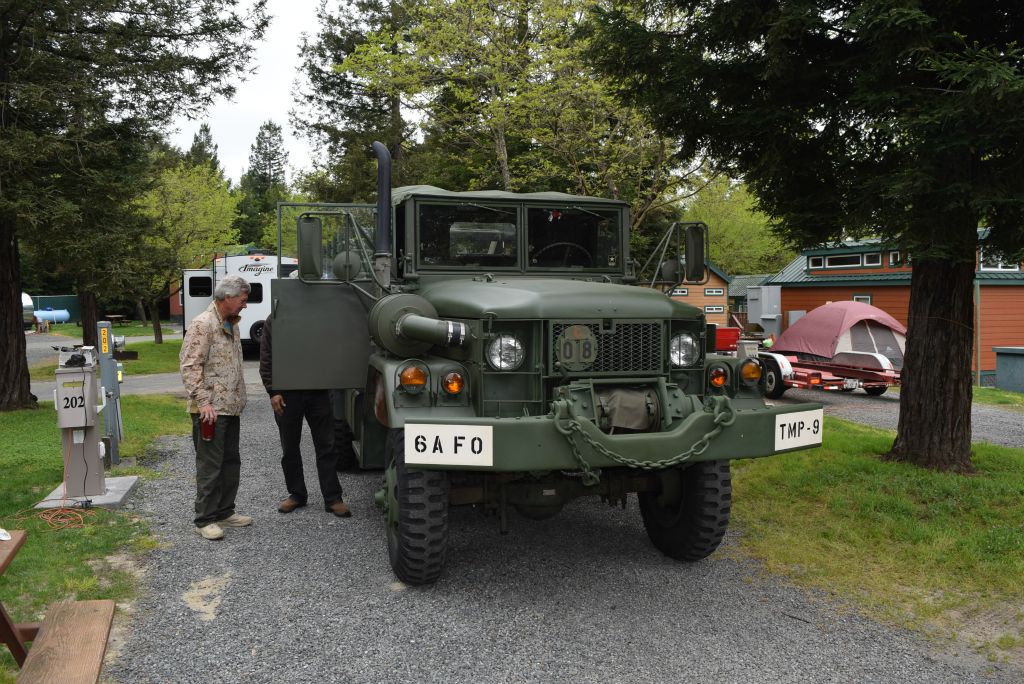 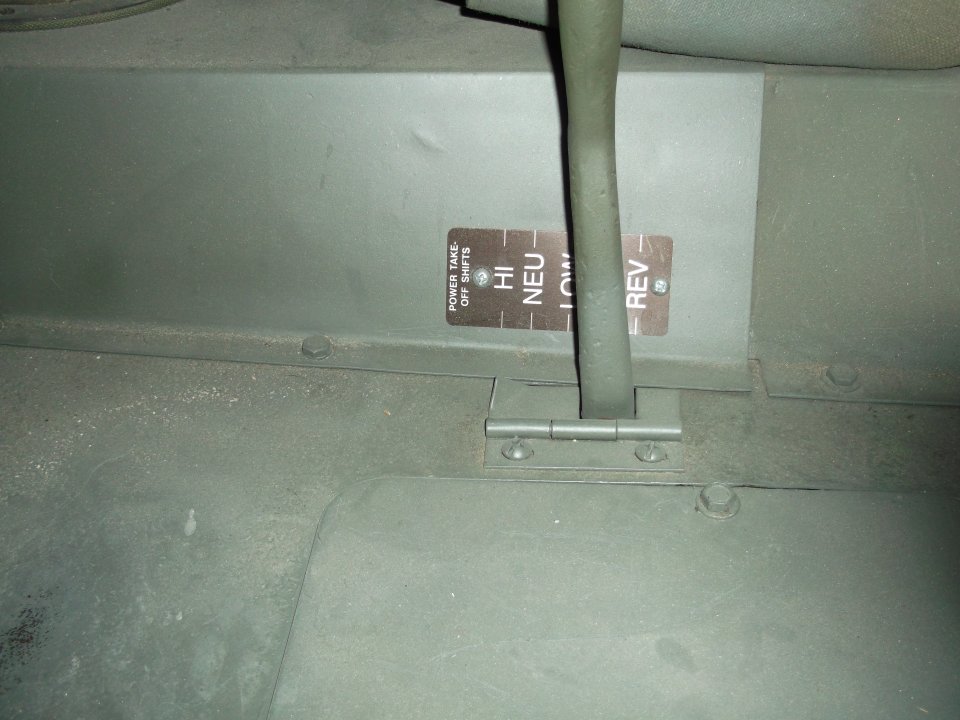 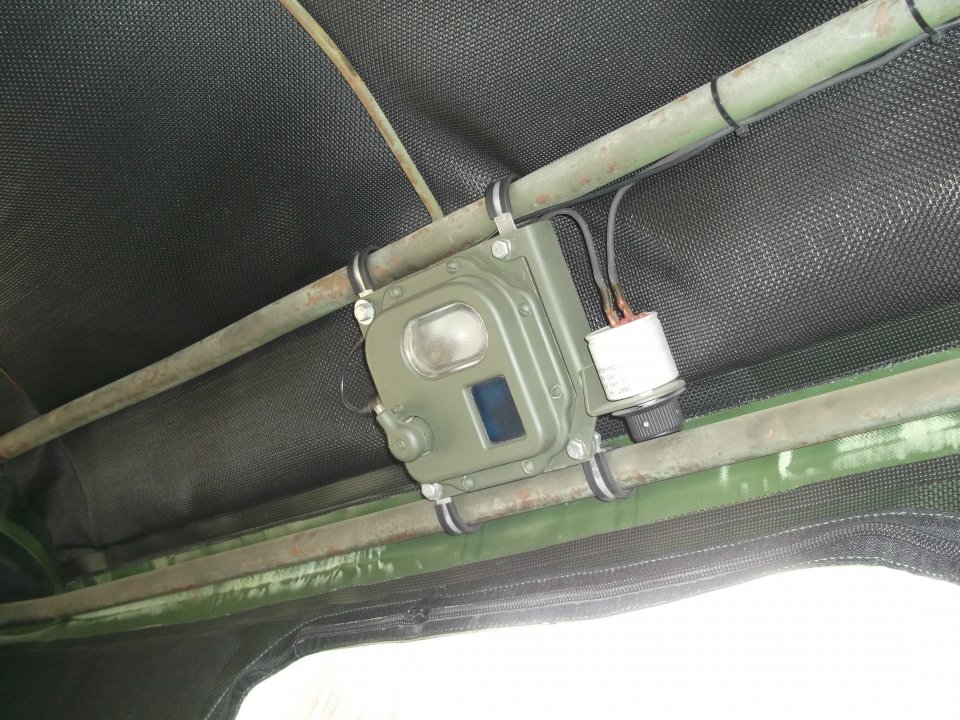 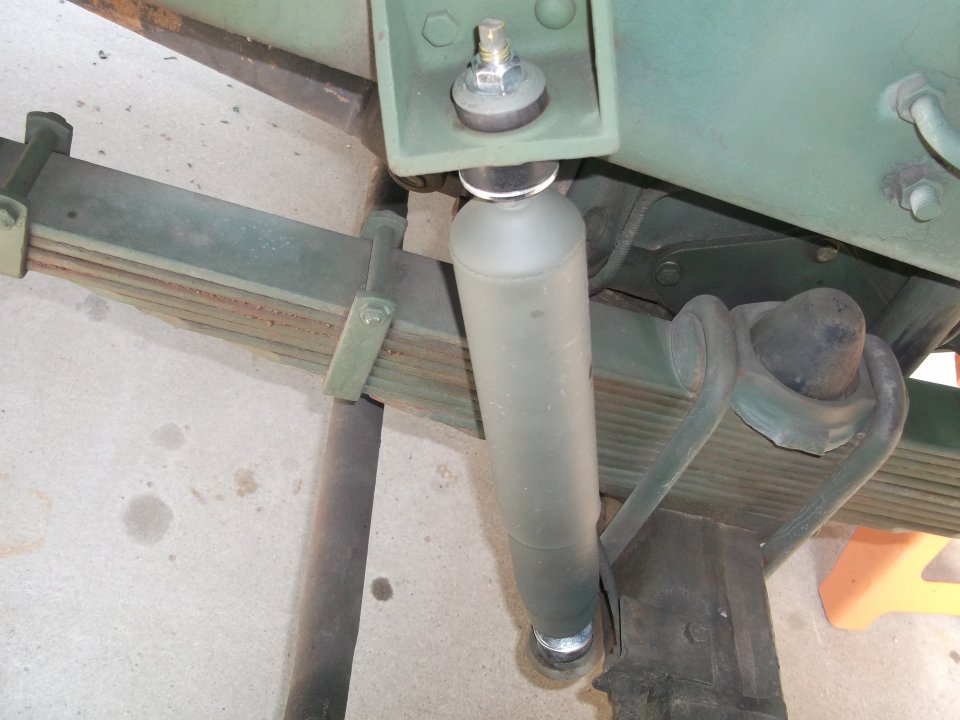 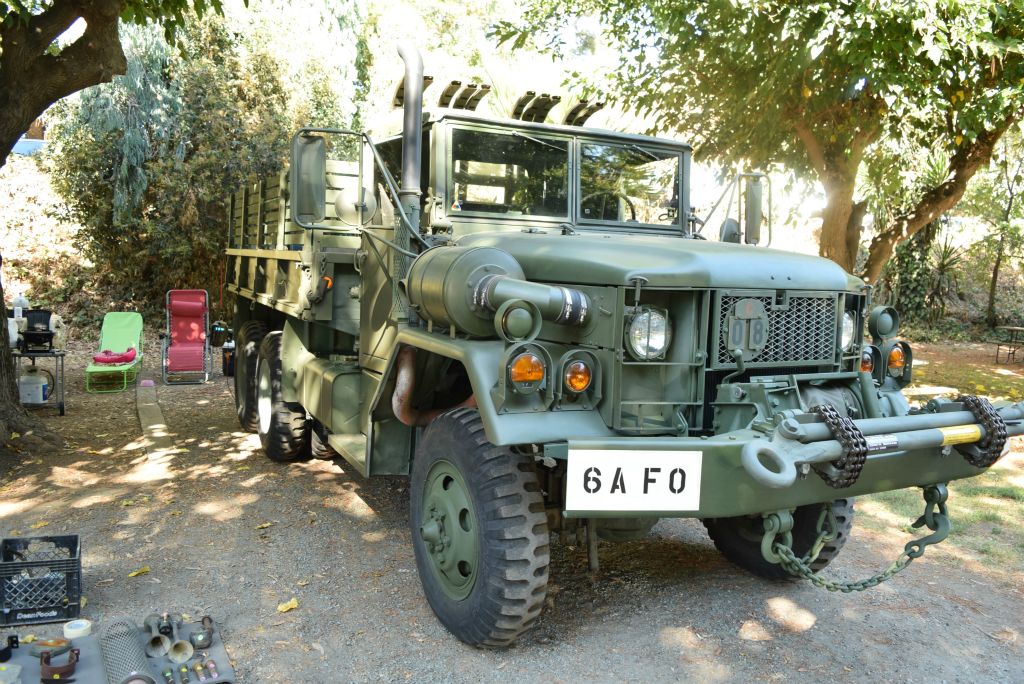 One of the changes I've made to the truck was installing a 10,000lb winch. I purchased the winch complete off e-bay from a seller in the mid-west. The frame had been torch cut right behind the radiator, and I received it complete from the frame ends forward, along with the bumper, extensions, PTO, driveshaft, and linkage. The hardware holding the bumper to the extensions and supports were badly rusted, requiring a can of PB Blaster, a sledge hammer, drift punch, and a lot of patience to get the bolts removed. Got everything sand blasted and primed, then picked up new hardware from Fastenal. It took almost a year to rebuild the winch and PTO, (learned a lot, TMs) the drive shaft and u-joints were new.....go figure. When it came to installing the PTO, I did some digging in the Steel Soldiers archives on shimming the PTO. Glad I did!! Got new data plates from Big Mikes, and getting the cable spooled on wasn't as difficult as I anticipated. Last was a good quality canvas winch cover from Steel Soldiers member, John Tennis (JATONKA). Now out on the highway I get tired of trying to hold a flashlight to read a map. It's not real safe, and sometimes the flashlight battery is dead. So I purchased a APC interior light from CARNAC several years ago when he was at the April meet at Tower Park. I opened it up, replaced both bulbs, cleaned it up, and gave it a coat of OD. All you need is four 7/8 hose clamps to attach to the light, and clamp it to the soft top rails, and wire it up. Just reach up and turn it on, it's easy to use. (See pic) You can also install a dimmer switch, it makes the light more convenient to use. You can get them at a hardware store. I don't know how to install the lights if you have a hard top, but I'm sure there is a way to do it. I rebuilt the front end on my truck a couple years ago, and when it came to shocks, I installed Monroe Gas Shocks. One of our MVCC members used them on his Deuce and liked them. They make highway expansion cracks, potholes, and railroad crossings a little more pleasant than with the stock shocks. I installed a pair of Lollipop lights on the front to make my lane changes safer, and they do. They were the last purchase I made from Saturn Surplus before they closed. I also added a front bumper mount for my tow bar using axle clamps. Due to physical limitations, I can no longer remove and return the tow bar to it's place in the truck bed. Mounted up front, it's convenient, easier for me to use, and doesn't require modification of any kind, to any of the parts used. The markings on the front bumper. (6A FO/TMP-9) Sixth US Army-Fort Ord/Transportation Motor Pool-Truck 9. Old memories. My Brother did his basic at Fort Ord in 1964.
Last edited: Mar 25, 2020

Tough choice this time, all great trucks. But got er done.

It was a tough vote but ended up with Mr tracer. Good luck fellas