70 years of the BIG Lift Berlin/Germany

This is a newspaper link http://www.tagesspiegel.de/berlin/b...ie-rosinenbomber-kehren-zurueck/20604118.html
to inform about the arrangements in celebration of the 70th years of the BIG LIFT to Berlin-Germany.
About 40 DC3 and DC4 /C-47 and C54 planned to visit Germany and Berlin in June 2019.

This is the google translation:

Berlin in the Cold War The raisin bombers return
For the 70th Airlift anniversary, a raisin bomber fleet visits Berlin.

Gail Halvorsen also wants to be there again. He has set himself firmly. He is still fit for health, the 97-year-old former US Air Force pilot in his hometown Salt Lake City recently declared with a grin. This is what the organizers of a planned spectacle in the sky tell about Berlin and Brandenburg, as the city last experienced during the Airlift from 26 June 1948 to 30 September 1949.

It will take a while until the world-famous relief operation is 70 years old and the anniversary of its successful end is celebrated in 2019, but preparations are in full swing.

The "Big Lift" of the Western Allies to save West Berlin is to be re-staged nationally from 10 to 19 June 2019 - with care packages, candy dropping, sightseeing flights and much more. As a high light, at least 40 of the legendary "raisin bombers" from all over the world will set course for Berlin and, as once in a row, fly over the former Soviet occupation zone - with the dull, full roar of the Pratt & Whitney piston engines.

So: "Ready for take off" also for Gail Halvorsen. A passenger seat in one of the participating DC-3 or DC-4 is reserved for him. Finally, he was named patron of the action. Halvorsen had the idea for Candy Action as an airlift pilot, wagged his wings at Tempelhof and threw candy from his "raisin bomber", as the machine was soon to be called, to children's handkerchief parachutes.


"The return of the raisin bomber after 70 years was actually a crazy idea," says the Hamburg management consultant Thomas Keller. "But this project has fascinated us so much that we now realize it." Keller has been planning the anniversary campaign together with two partners since mid-2016. The initiators include Peter Braun, a colleague from Keller in the Dutch town of Groningen, and Jörg Siebert from the North Sea island of Föhr.

The three are aviation enthusiasts, know themselves from the sporty parachuting and have already done a lot in the way: The countries of Berlin and Brandenburg gave their okay, Bundeswehr and US Army and several civilian sponsors support the project, 40 owners still fly cult machines have already firmly committed, and the organizational trappings are largely. Now the trio is in the process of converting its private initiative into a charitable organization. And today, Monday, Thomas Keller presents the project in the Technical University (TU) in public for the first time. The German Aerospace Society has invited him.

Where should the impressive veteran fleet even land? The former Tempelhof and Gatow airports were the most important take-off and landing sites in the days of the Airlift, but have long been closed down. Tegel and Schoenefeld would also be out of the question for capacity reasons, says Keller.

"The parking areas would not be enough for so many oldies." That is why they have agreed on the airport Schönhagen at Trebbin in the south of Berlin. There, the flying aerial bridge monuments are to be set up on June 15, 2019 as once in three-minute intervals and then "be visited up close". To what extent they can cross at least Berlin and throw off Candys before or during later flights, this time also over the east of the city, has to be clarified with the aviation security authorities.

Thirty meters from wing to wing tip, twelve tons of weight, top speed 290 km / h - but especially full of Berlin history: This is the profile of the twin-engine DC-3 from the factory buildings of the Douglas Aircraft Company. Approximately 16,000 copies of the "Silver Bird" were produced as a transport and passenger aircraft from 1936 to 1945, no other aircraft revolutionized the air traffic as the DC-3 and built from 1942 four-engine successor, the DC-4. Both have their military variants, the C-47 Skytrain and the C-54 Skymaster, since the Big Lift the best image - are considered indestructible flying donkeys.

For months, the initiators worldwide corresponded to get to the more than 150 aircraft still capable of flying. In the meantime, promises have been received from Germany and the whole of Europe, but also from Australia and the American continent. Most machines belong to private individuals or clubs, but some are still in full operation: Raisin bombers from blockade days supply Colombian jungle villages from the air, in Canada nostalgics with "Buffalo Airways" can experience scheduled flights with the DC-3, also in Kenya.

A Swiss DC-3 circled the world in the summer of 2017, and after the hurricane "Maria" in Puerto Rico, a DC-3 completed relief flights last September. "That's just a great plane," enthuses Thomas Keller.

The schedule of the dedicated anniversary machines provides for a reunion tour to the venues of 1948/49. After arriving in Germany, they first of all head for the US Air Force at Wiesbaden-Erbenheim Airport, where they can stay and visit from 10 to 12 June.

Afterwards they will be guests from 13 to 14 June at the Bundeswehr airfield Faßberg near Celle, from where they will continue to the airport Hamburg-Fuhlsbüttel. This makes sense historically, because from all three places Raisin Bomber started to West Berlin during the Airlift.


On June 15, the last leg from Hamburg to Schönhagen follows, where the candy bombers until the 18./19. Stay June. In the approach is to be crossed in any case Berlin-Gatow. And in the luggage they should have numerous care packages for Berlin children and adolescents. With Faßberger schools has already been agreed that they put together as air freight for the capital.

The "Big Lift" was by no means just a military action, emphasizes Thomas Keller. "It was an international, peaceful resistance, which was strongly supported by the military, but was also supported by thousands of civilians." Therefore, the initiators do not want to know their anniversary campaign as an "army show".

The return of the raisin bomber, says Keller, is rather to make "the technical-logistical masterpiece" come alive, were supplied to the two million West Berlin. "This is a story of friendship, solidarity, courage and assertiveness."

Where can one already visit "raisin bombers" from the times of the airlift in Berlin today?

On the edge of the former Tempelhof airport, behind the fence to Columbiadamm, a Douglas C-54 Skymaster is parked, the military version of the DC-4. Above the terrace of the German Museum of Technology on the Landwehr Canal hovers a twin-engine C-47 B Skytrain, the military variant of the DC-3.

The Military History Museum at the former Royal Air Force airfield in Gatow shows a DC-3 of the Australian Air Force deployed during the Airlift. And in the courtyard of the Allied Museum on the Zehlendorfer Clayallee is the British version of the raisin bomber: a Hastings TG 503 from the manufacturer Handley Page. There are only four of these worldwide. In the belly of the machine, documentary films about the "Big Lift" are shown on Sundays from April to October.

The only airworthy DC-3 of the city was until 2010 a used for sightseeing flights of Air Service Berlin. But seven years ago she made a crash landing in Schönefeld, suffered serious damage and could not start afterwards.

In order to make the aircraft capable of flying again, the "Förderverein Rosinenbomber" has used donated funds to buy a similar plane from England - as a spare parts plane. But there is still a lot to do before the old bird can take off again. Numerous regulatory requirements must be fulfilled in advance.
Last edited: Nov 20, 2017

As long as Rhein-Main AFB was still open, a DC-3 was parked there to remind folks of the Air Bridge. Shortly after the US gave the AFB back to the German gov, the bird was moved. I have no idea where. It sat right next to the autobahn, so the millions of folks who passed every year could get an eyeful. Sad, sad.
Last edited: Nov 20, 2017

If anyone is near Berlin-Germany next weekend 09-01-2018 ... there is the Flugplatzfest at Gatow. Free entry.

Some pics from Gatow-Berlin-Germany from yesterday 09-2-18

In the storrage they have work for hundrets of years.

Thanks, this is good news, we will be there. Maybe make an SteelSoldeirs Euope meet from it?

We are now preparing our exhibition 30 year end of Cold War, more about that later. Would be interesting to combine it. I have a 1965 M51A2 dump truck from the Engineers that maybe was used or at least stored in Europe in support of such supply actions.

Would love to take it to Berlin, but the costs getting there would be prohibitive. Maybe we can organize a deep-loader and bring some more stuff there, I am not sure I would trust my truck that distance over German roads.

Or I can offer it as exhibition object if they come and get it; the same trucks and deuces were used in transporting coal to West Berlin.
Last edited: Sep 3, 2018

Forgot which website this is coming from, but a convoy of 5-tons M51s loaded probably with coal for Berlin

Thanks for sharing! If history and it's causes are forgotten, they will definitely be repeated.
Last edited: Sep 3, 2018 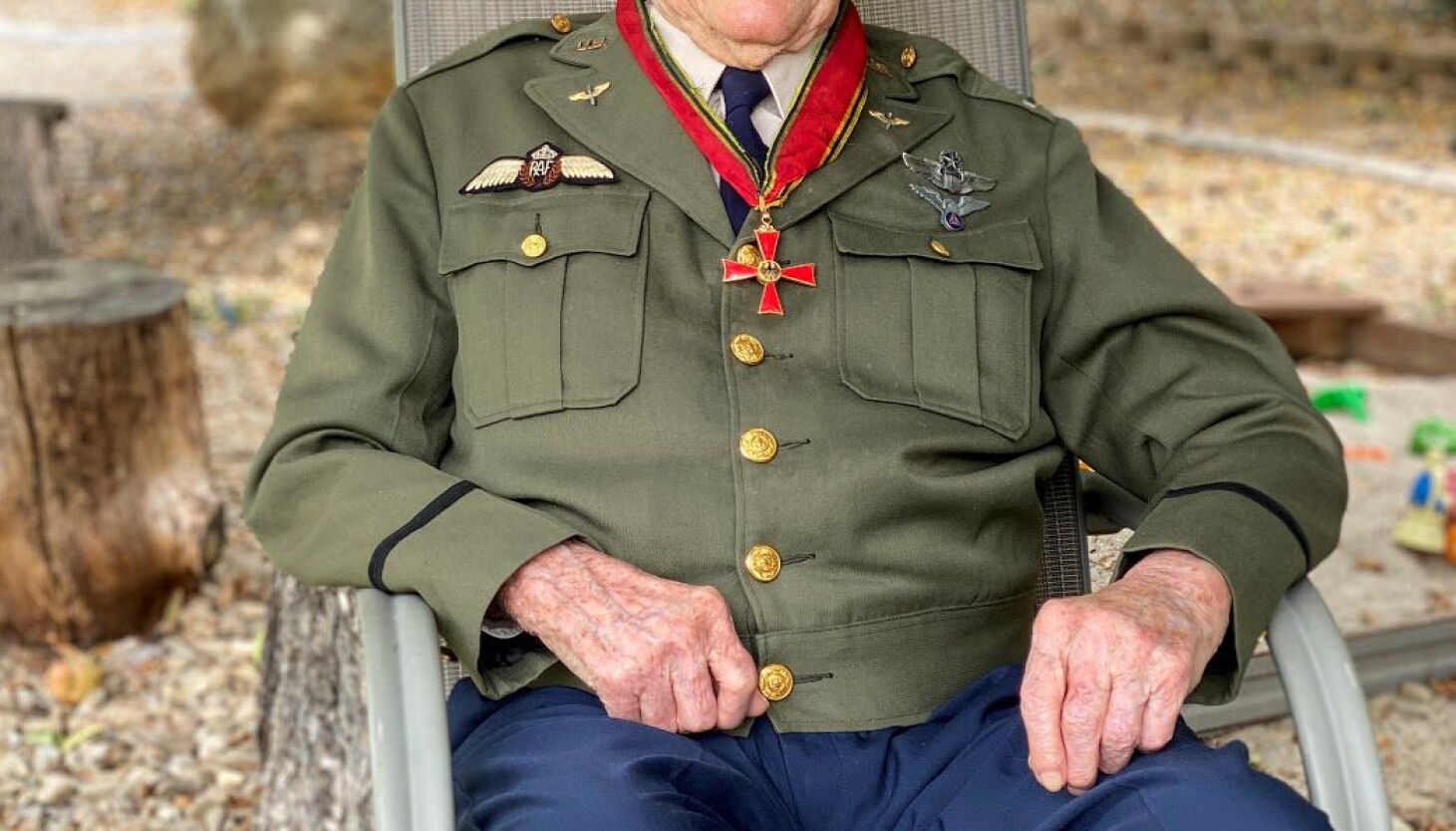 Gail S. “Hal” Halvorsen died Thursday night at Utah Valley Hospital in Provo after a brief illness, according to the Gail S. Halvorsen Aviation Education Foundation. He was 101. Known as the Candy Bomber, he leaves behind a legacy of giving and generosity that goes far beyond the 21 tons of candy…

Thanks for sharing, forgot about this thread.

My last boss as I was retiring in 2002 was an Air Traffic Controller in Berlin for the airlift. Was still working as a GS13 until just before I punched out. Terry Ogilve was one of the best guys I ever got to spend time with. Wish we would have talked more about this piece of history
You must log in or register to reply here.
Share:
Facebook Twitter Reddit Pinterest Tumblr WhatsApp Email Link