I haven’t been updating at all because I’ve been so busy with being in the army and trying to fix my old army truck. However, considering the laundry list of things I’ve completed as of late I think it’s time I updated my steelsoldiers page a little. I’ve had the truck since high school and love it dearly. Slowly I’ve been turning it into my dream vehicle. Five years ago I swapped the engine out to get the current one rebuilt. And after destroying two np208 transfer cases off-road by cracking the aluminum case I decided to swap it to an SM465/205 setup which is what I wanted to begin with. It also got a 4 inch lift and 33 inch mud terrains. It then sat for a year at my moms house in northern Illinois collecting rust while I was on Deployment. 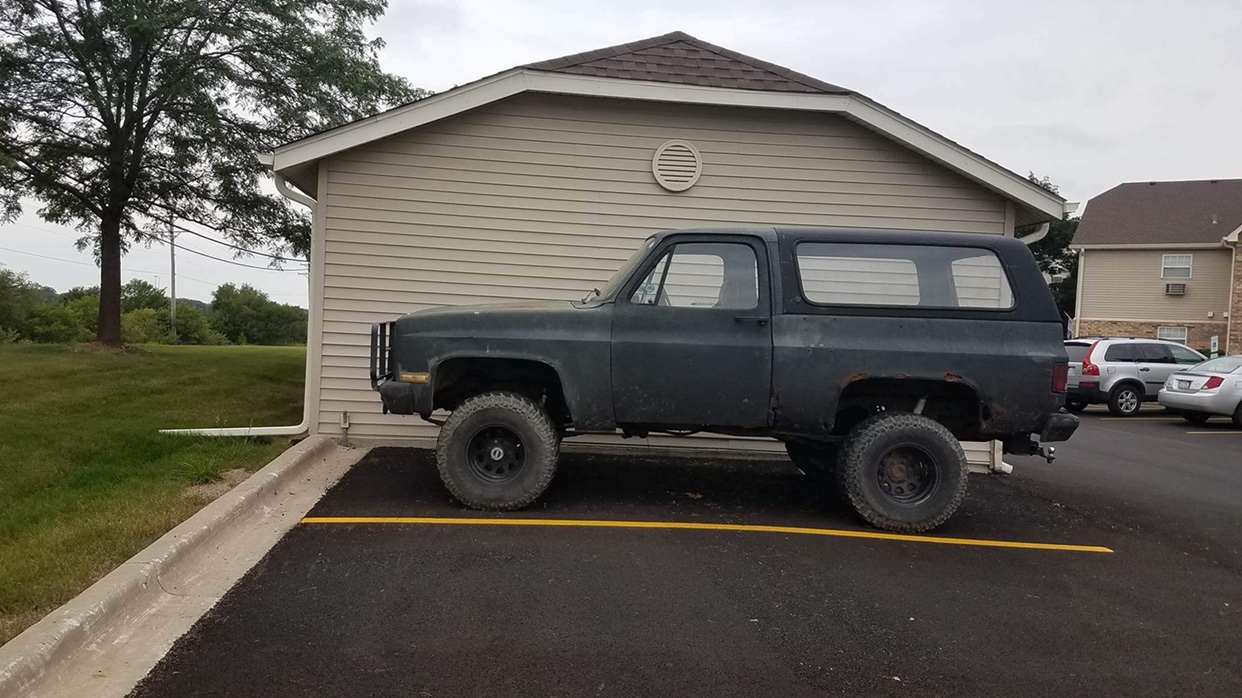 When I got back I road tripped it down to Texas and enjoyed it. 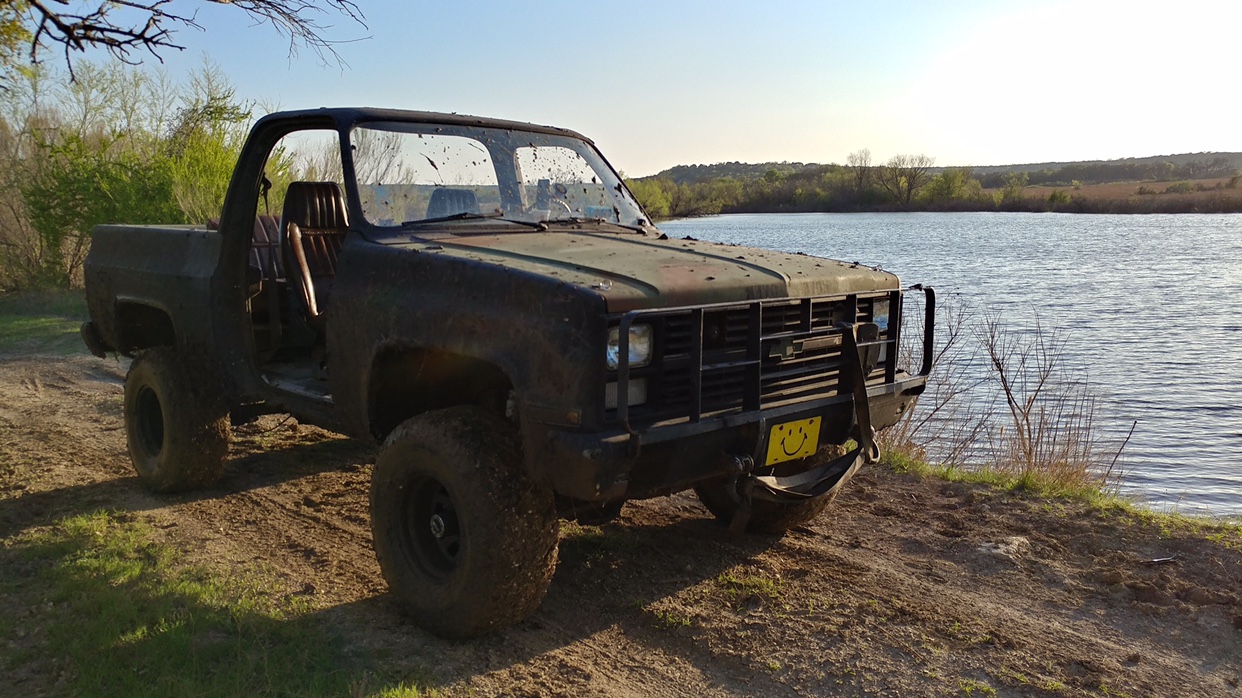 until last year when I broke a ball joint and wheel studs and destroyed my rim while back home on leave again.

So I had my beautiful girlfriend (now fiancé) pick me up some used 37 inch mud terrains with new rims on her way back from Ohio! 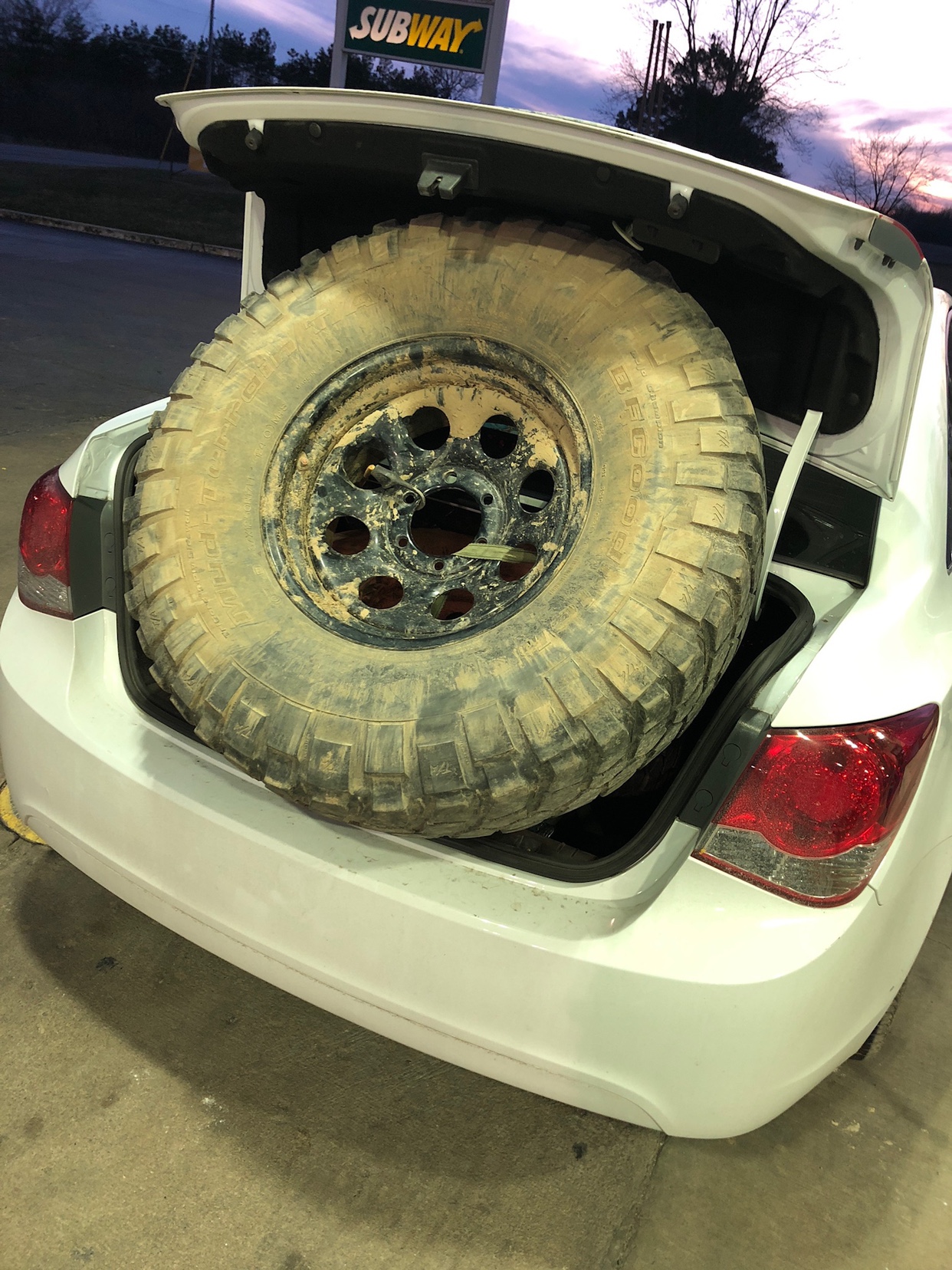 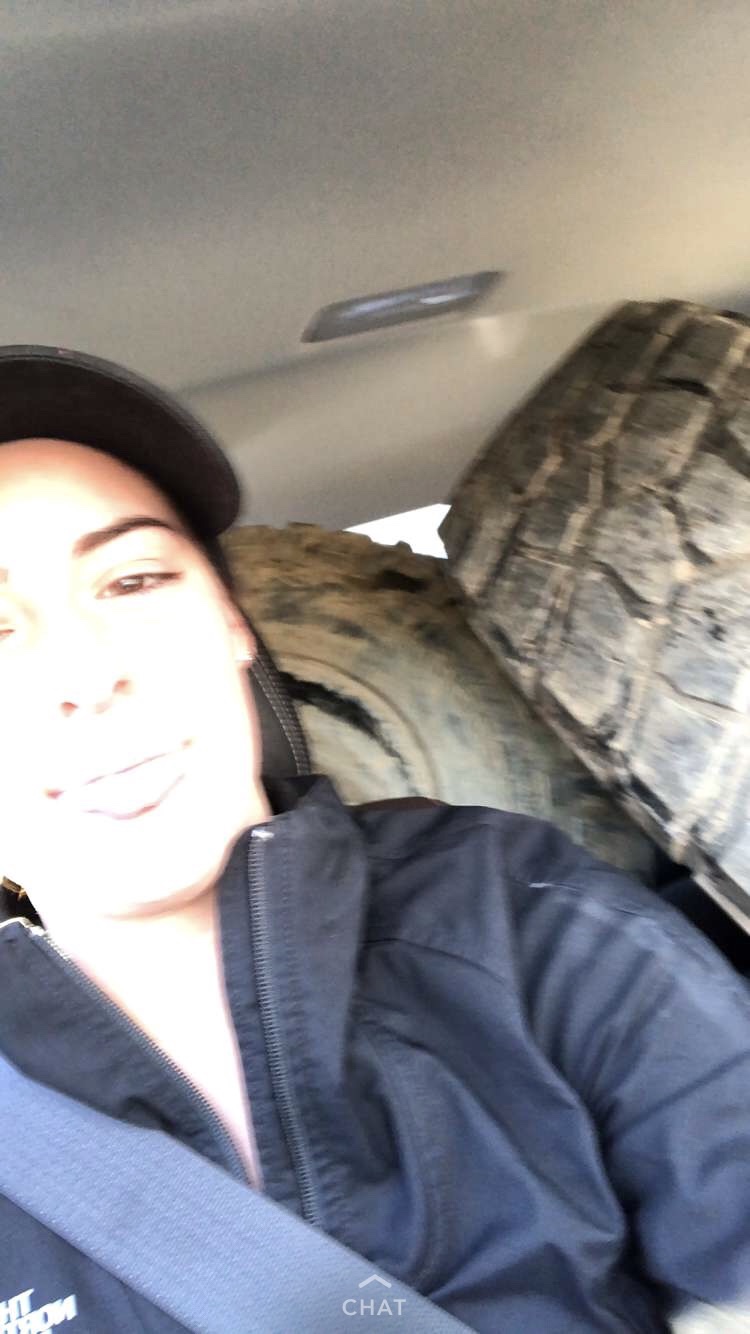 I then road tripped my old 1009 from Illinois all the way back down to Texas where I’m stationed.
Upon arrival we enjoyed the old truck all summer long. Fishin and picking up other projects and such. 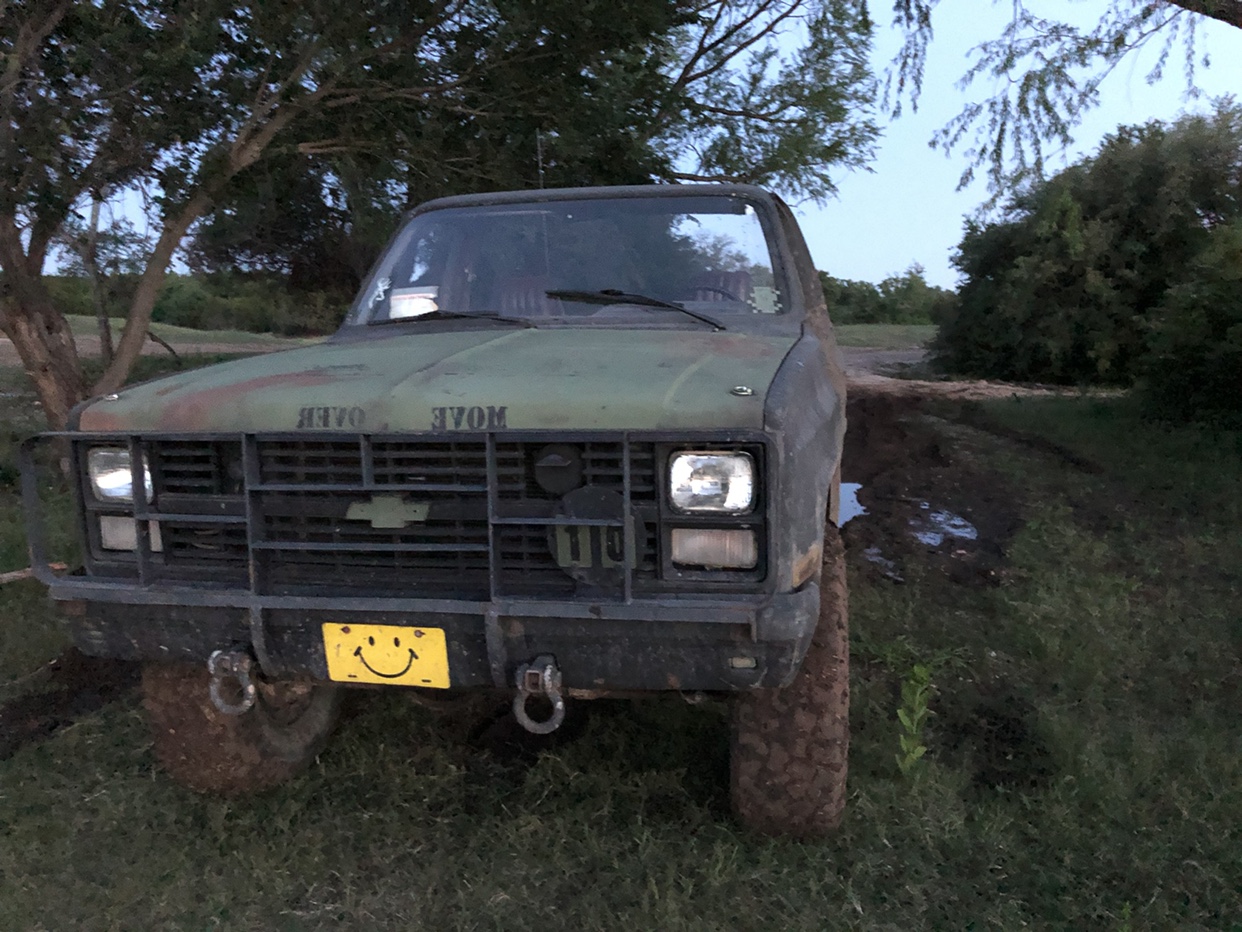 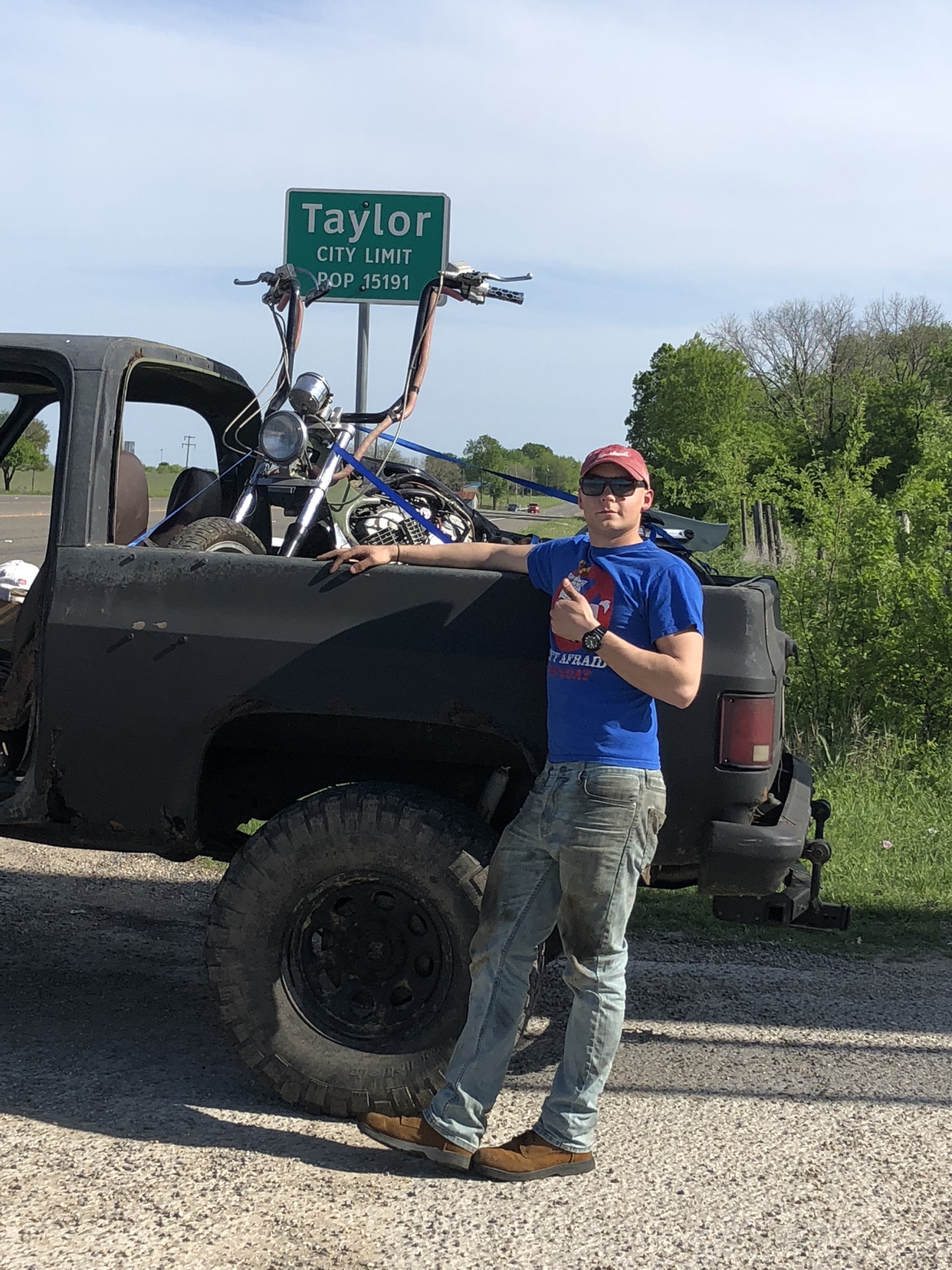 Until I broke it again! The power sleeve between the trans and transfer case exploded when I ripped it through the mud. So that’s when I decided to rip it all out and rebuild it from head to toe. Starting with my original engine that I had sitting in storage for 5 years. 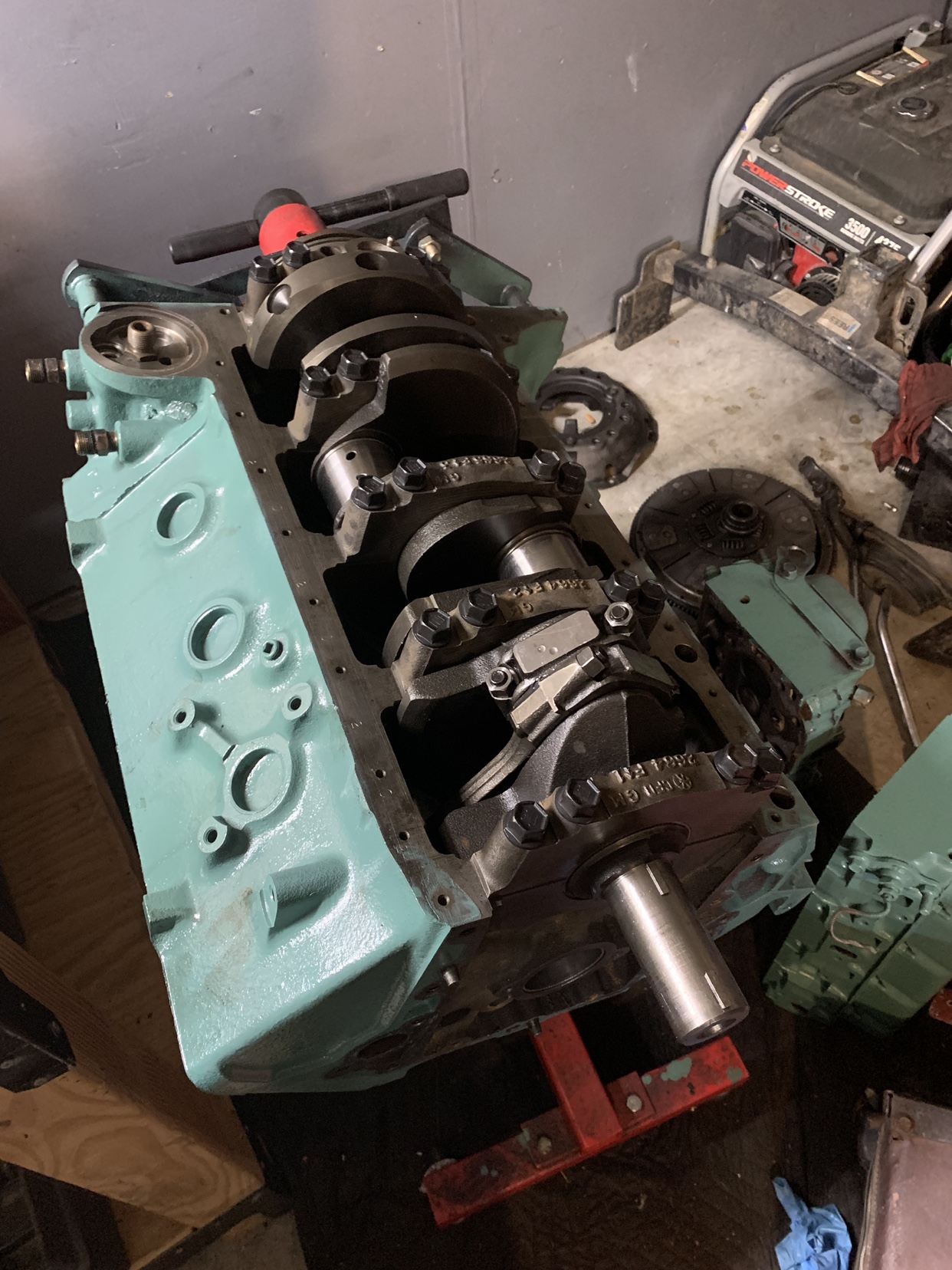 It got a full rebuild. And head studs! 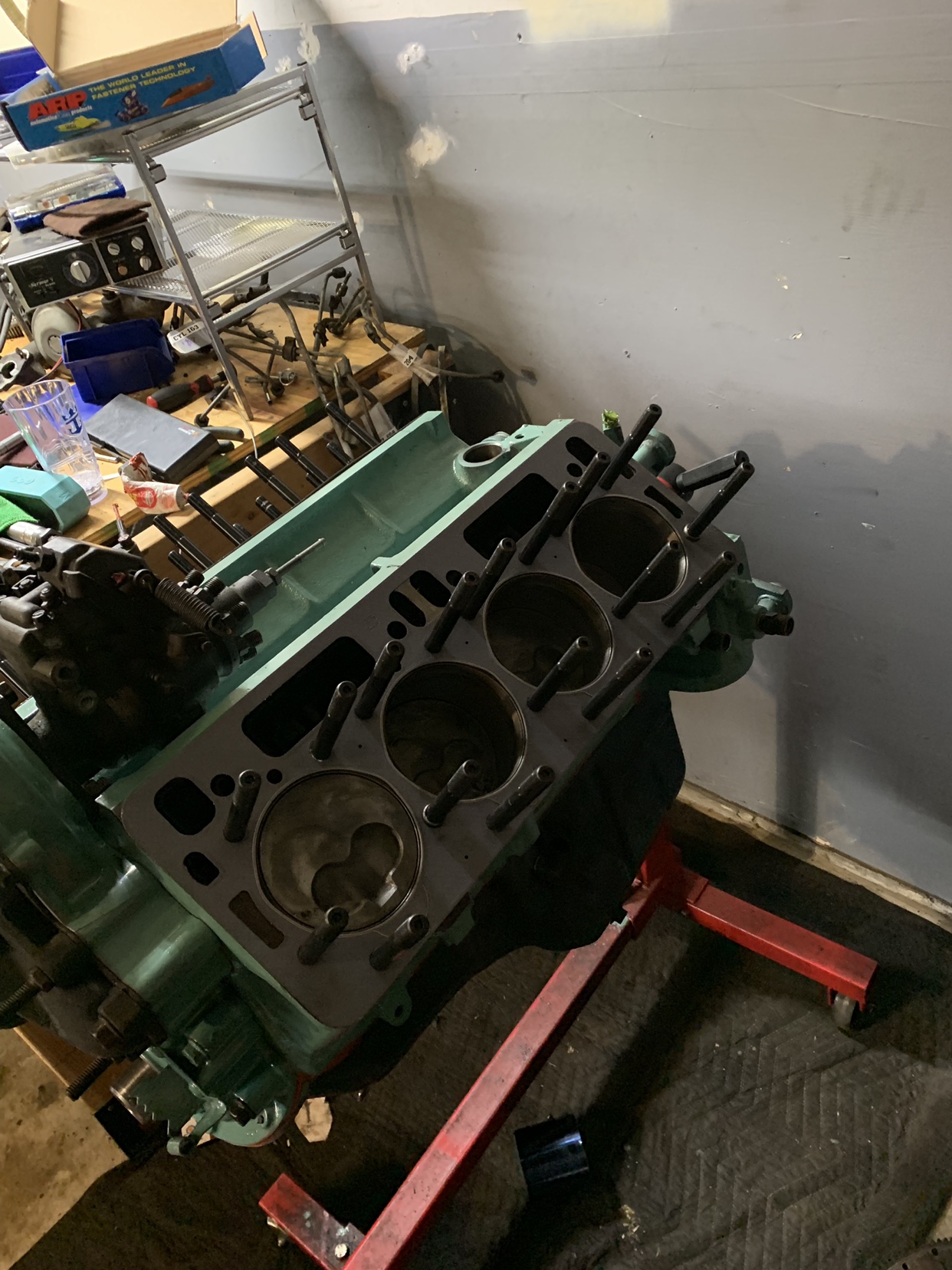 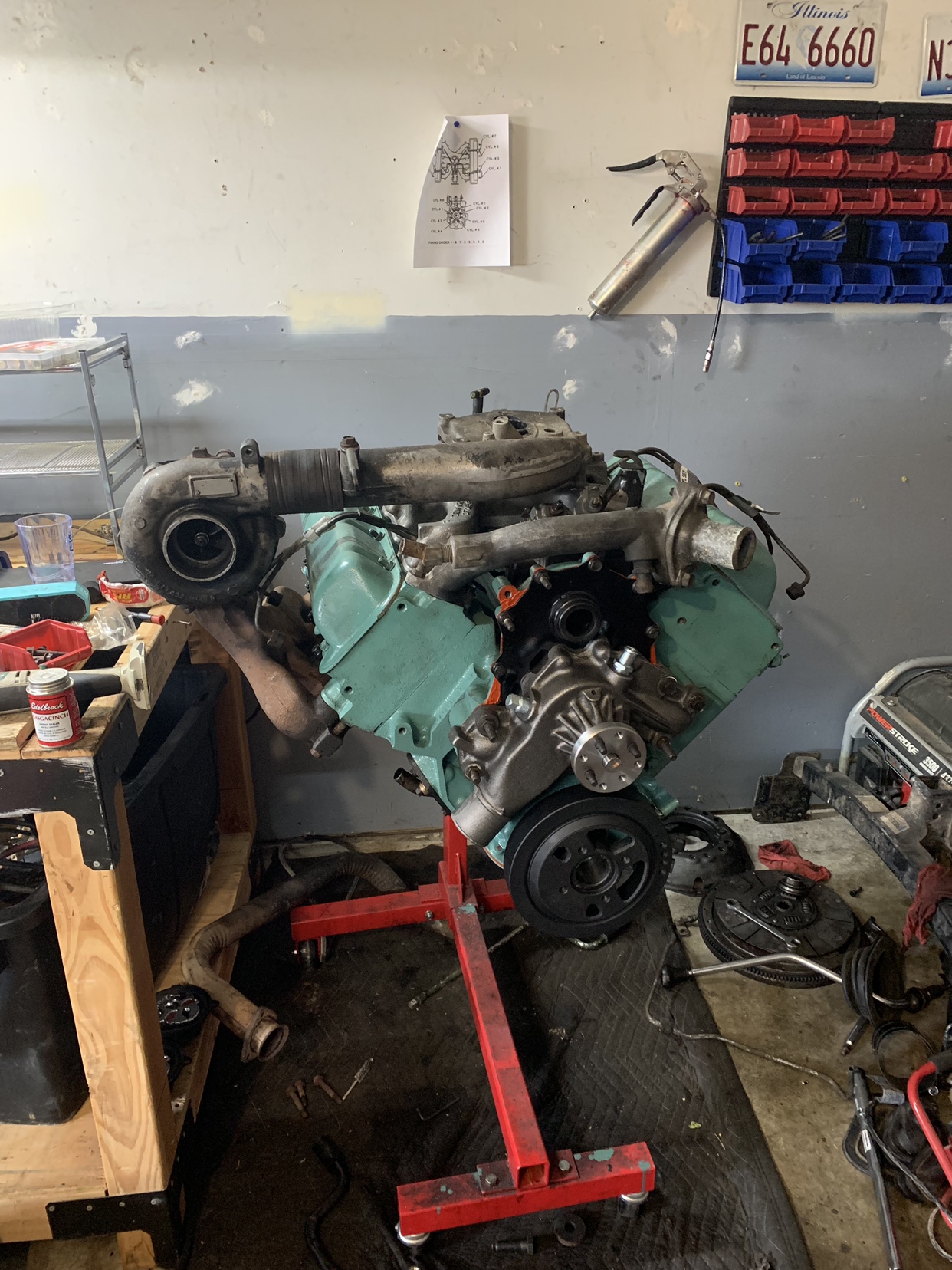 Trans and transfer case got cleaned up and new power sleeve 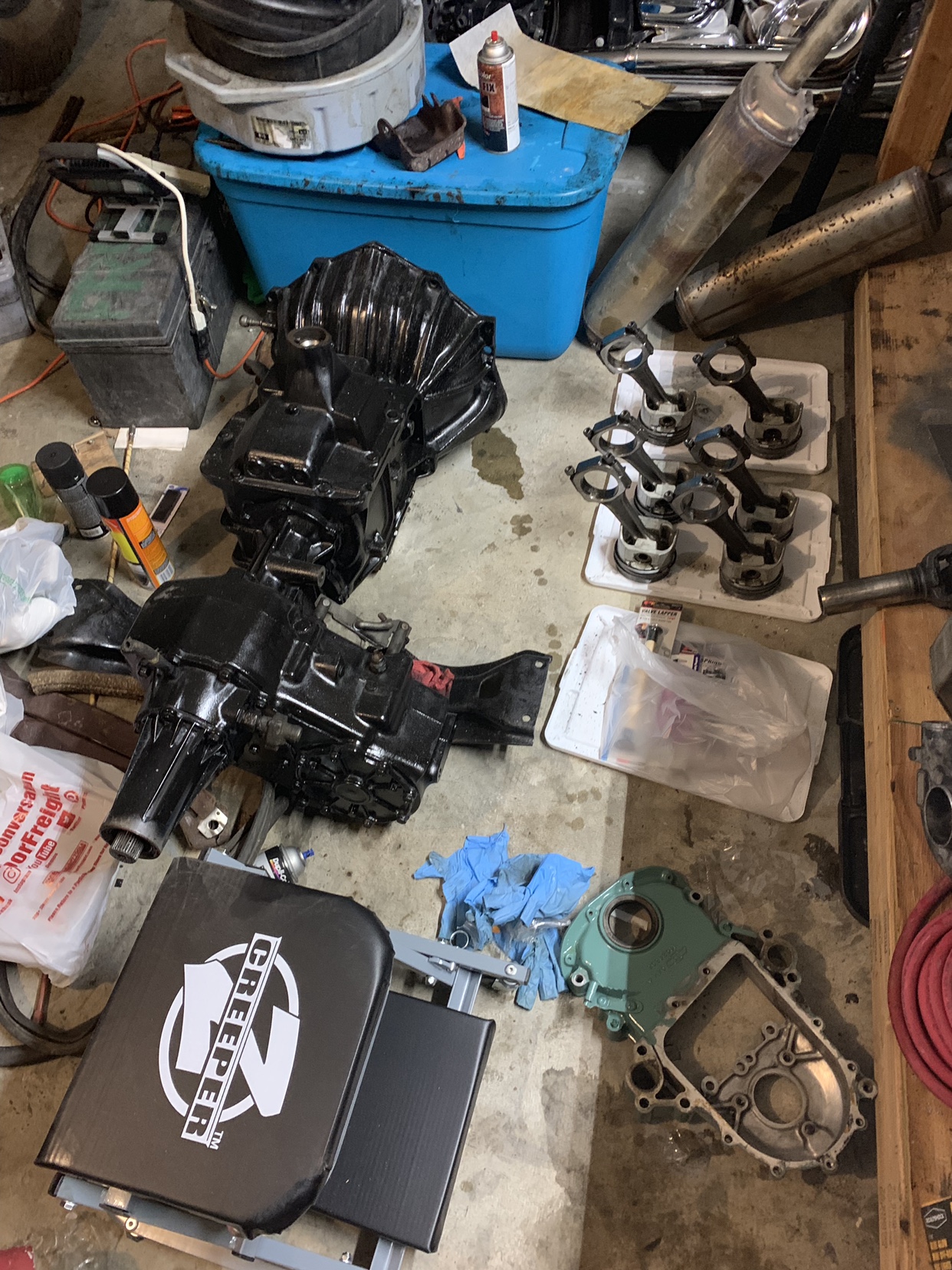 After some test runs I decided I wanted a hood stack with a hater pipe. 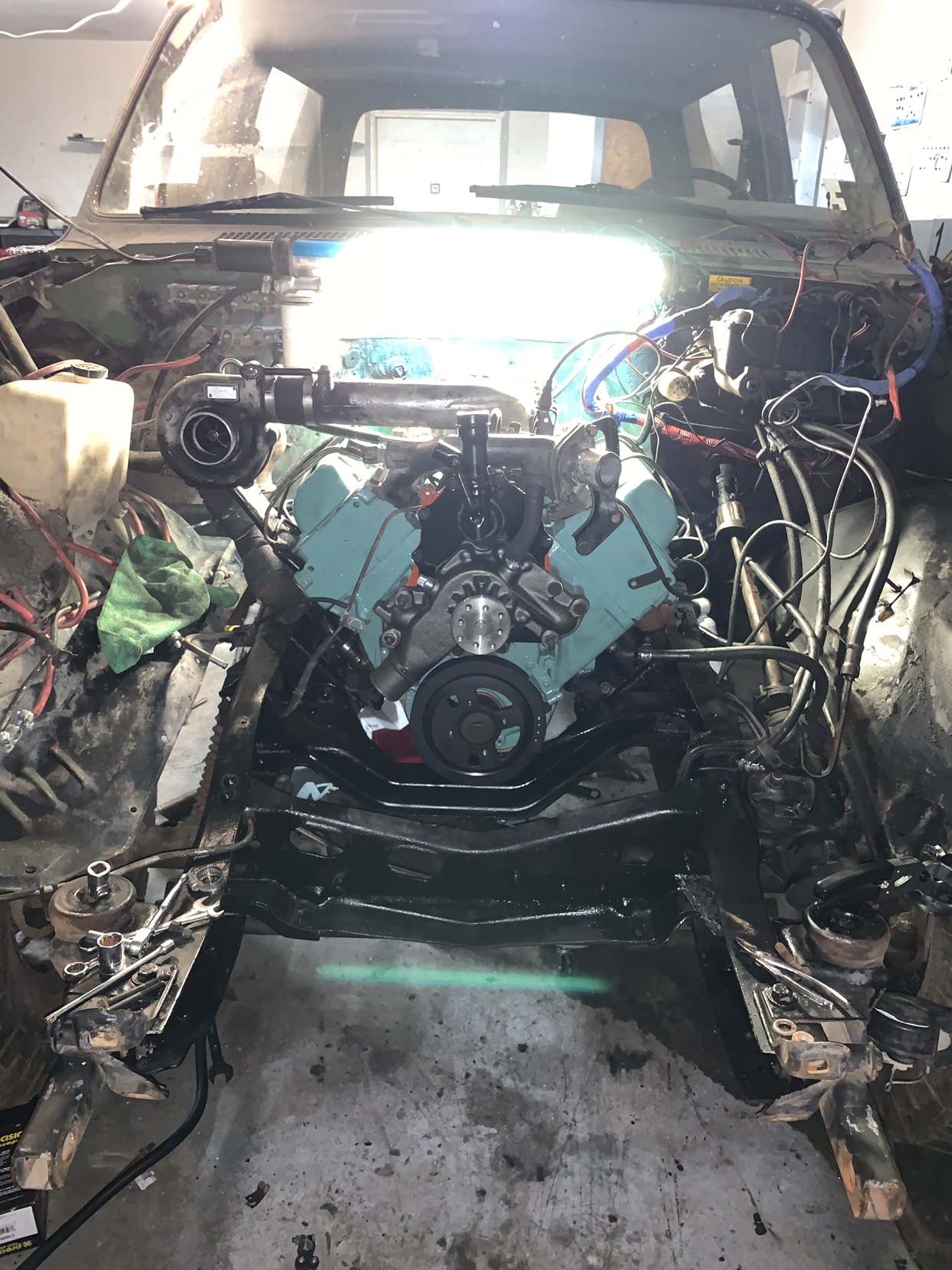 While everything was out I coated the front half of the frame. Then started the body work. 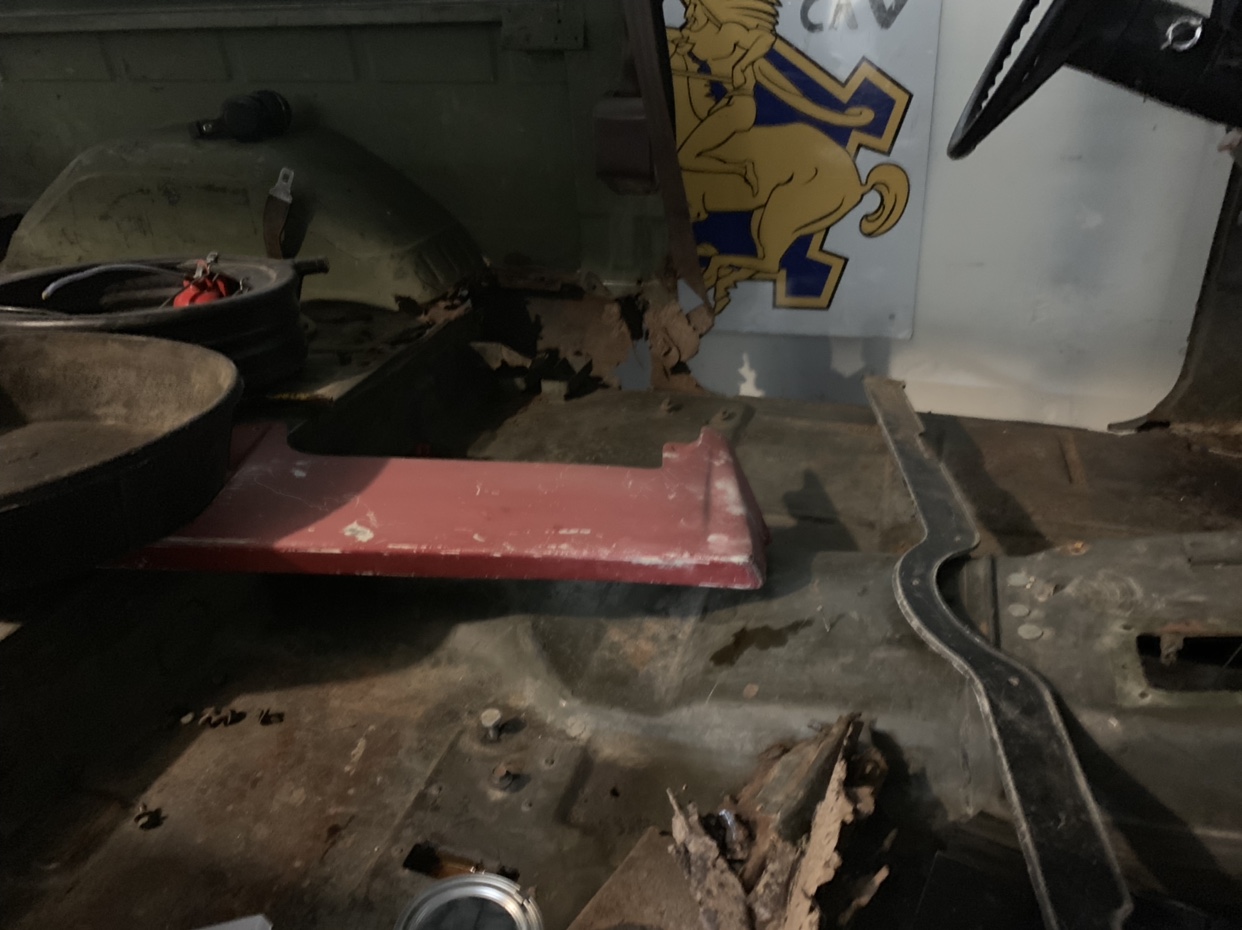 It got new Rockers and floorpans to begin with. And the exhaust is routed straight out the modified hood. Complete with flapper from tractor supply. 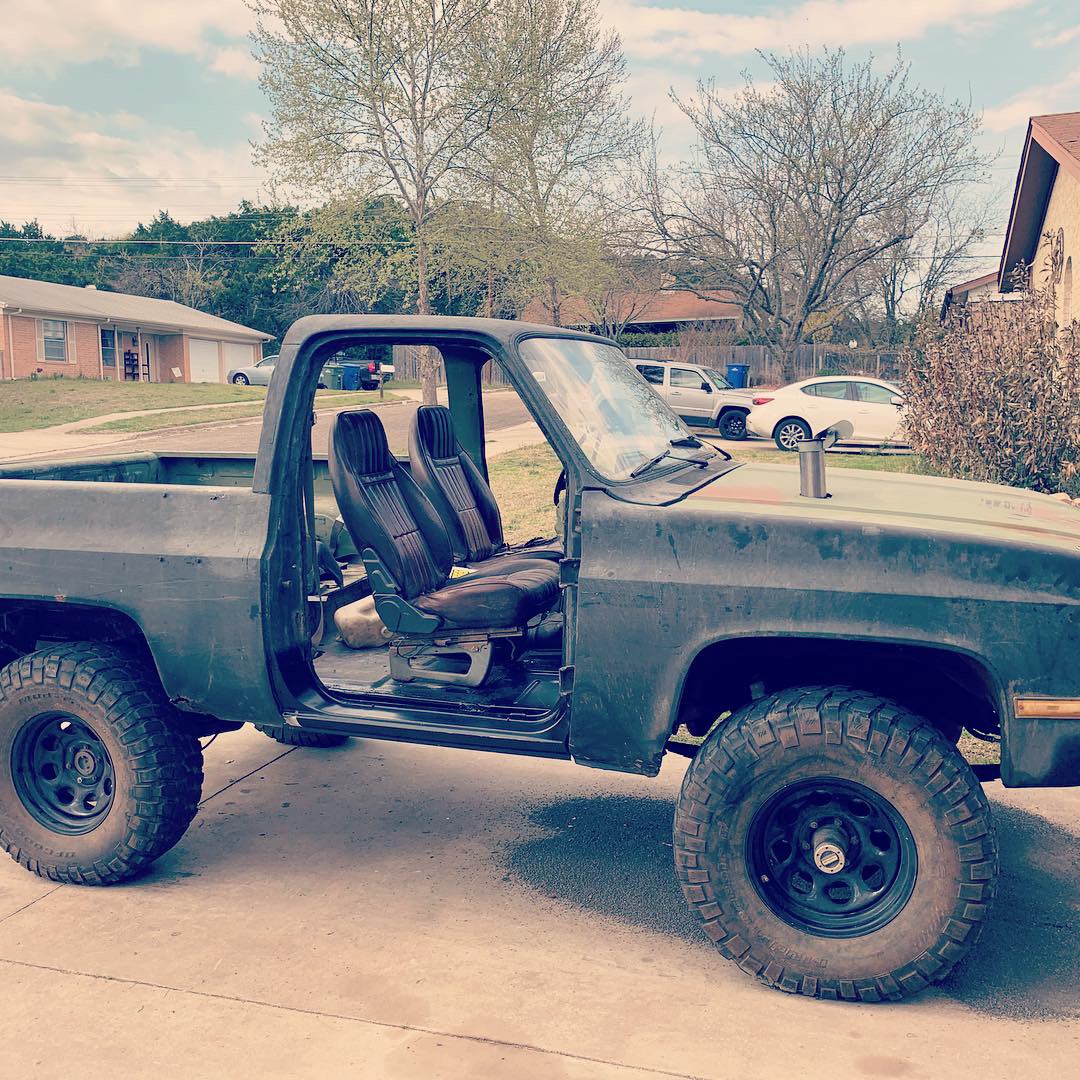 Then my favorite addition other than the hood stack.. the cab visor. 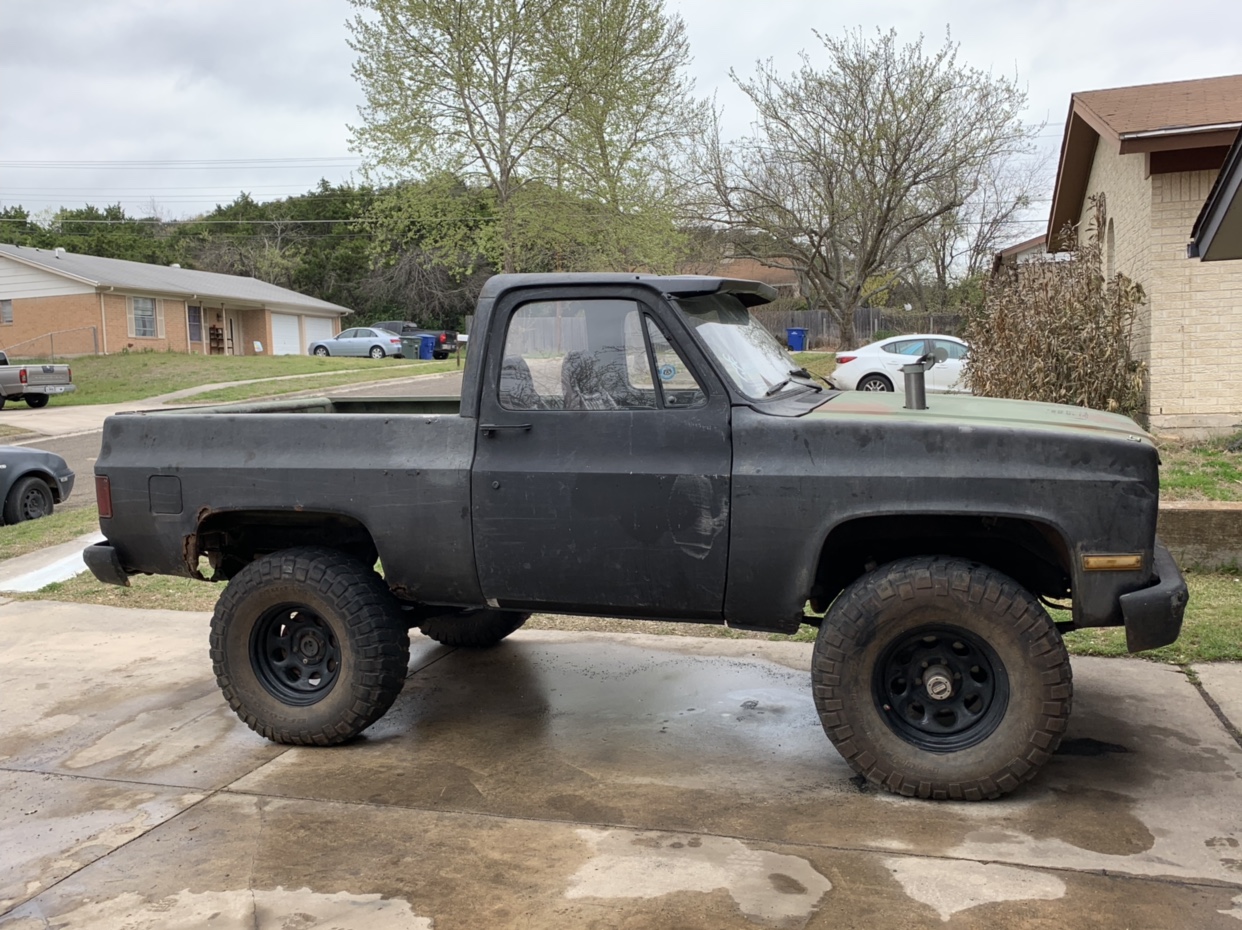 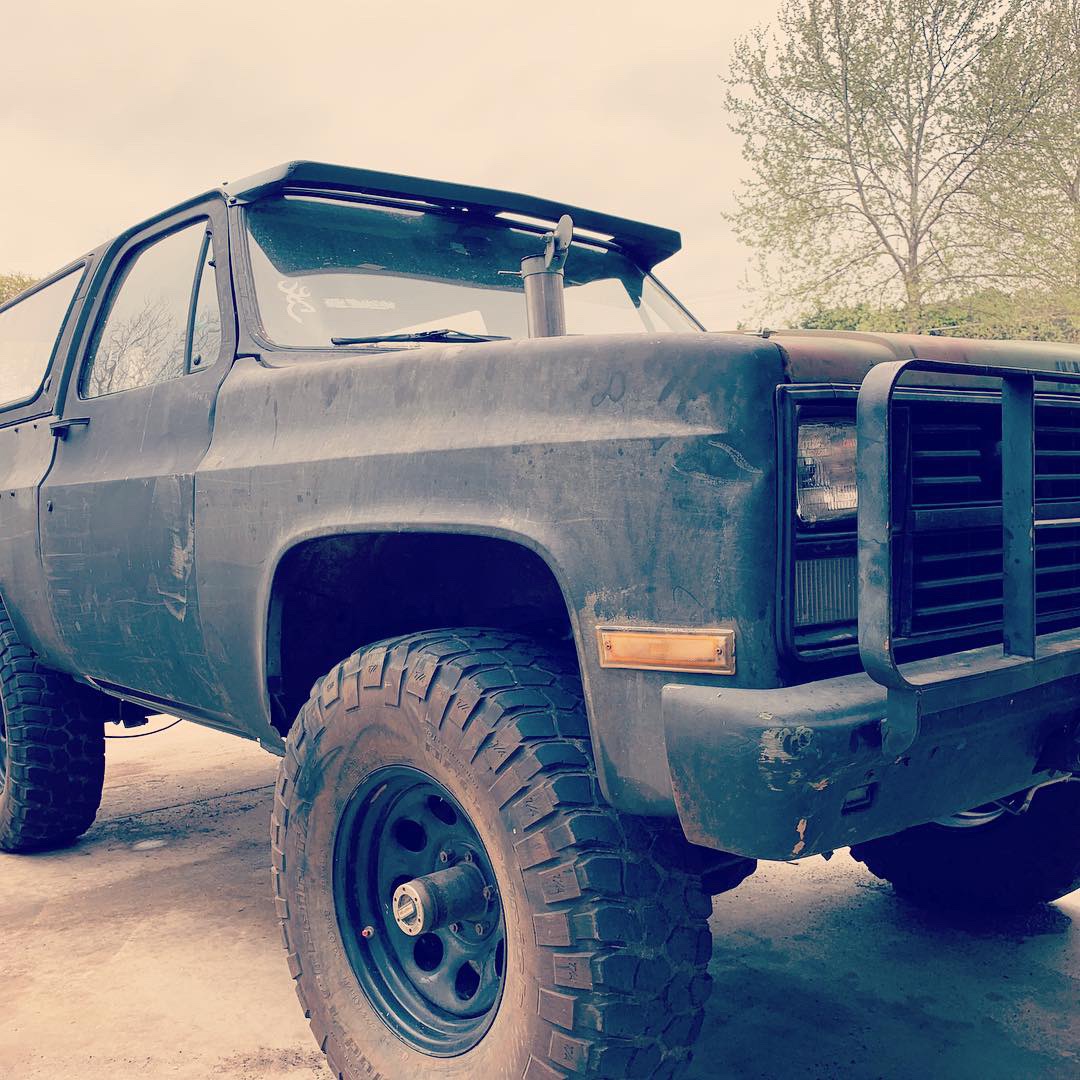 Next steps are to finish the wiring with my two new optima Red top batteries. Make a new skid plate for the transfer case. Finish the exterior body work and paint it. And fully mount my new center console from a suburban 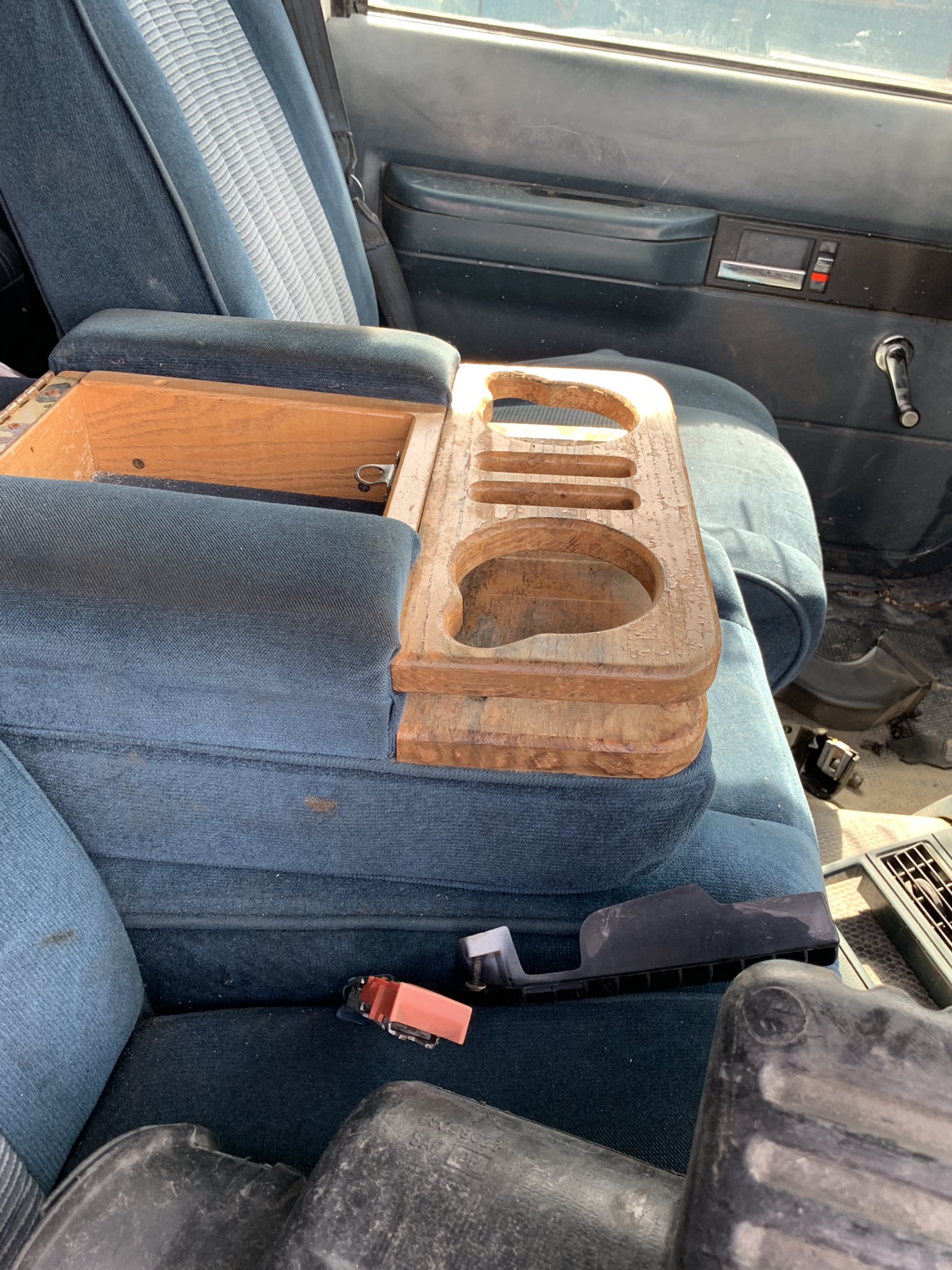 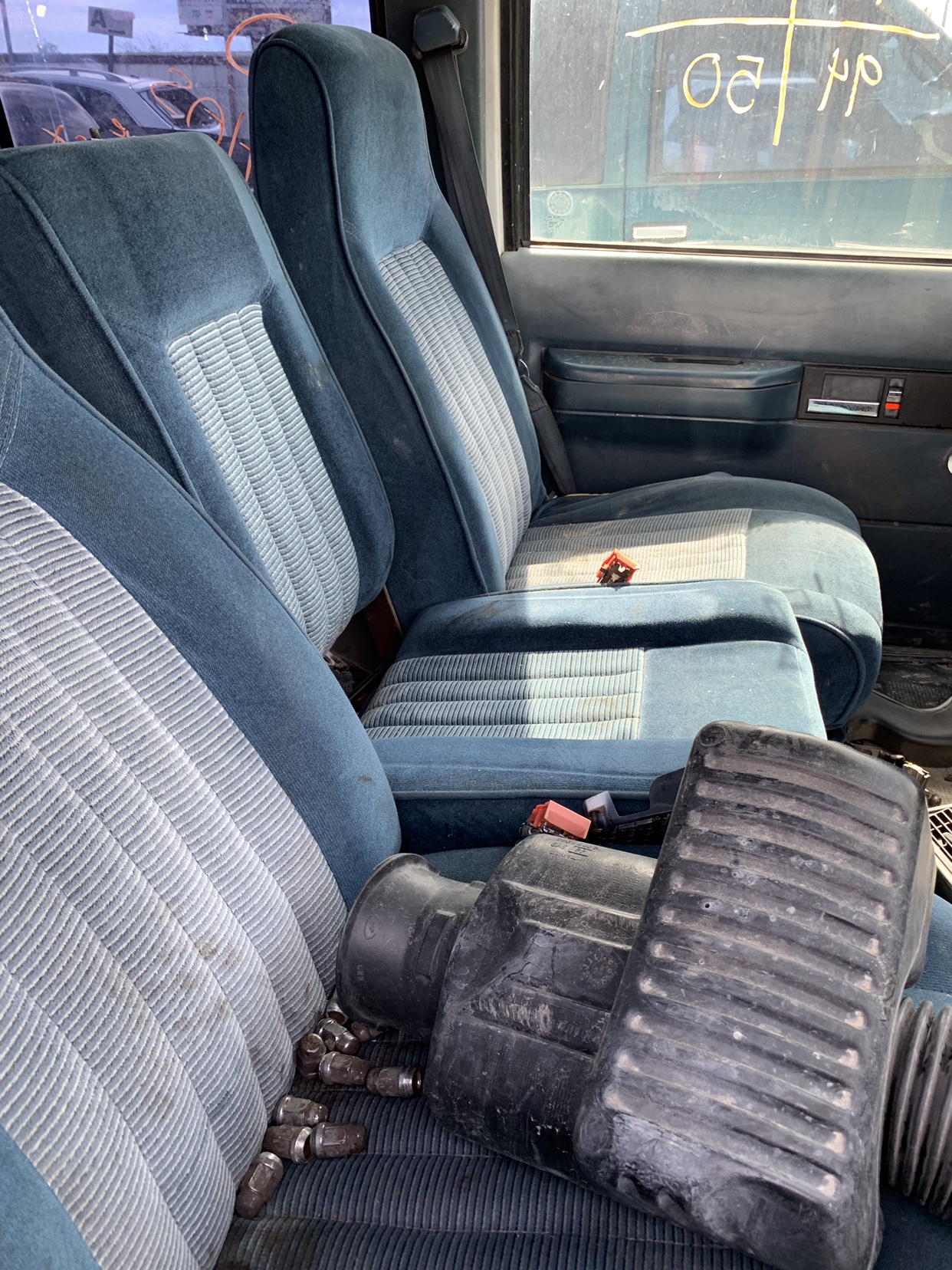 I also plan to eventually 1 Tom swap it if i can stop breaking trans and tcases instead of axles. And soft top it.
Any comments on my build so far would be much appreciated.

Thanks for sharing. Personally, I like to see different directions people go with these trucks. It's cool you have had it since high school and it has changed as your life moves on. Thanks for sharing and good luck with the rest of the build.

Your must list your location in your member profile.
It’s a site requirement

Now that is a kind and loving fiancé...transporting those muddy tires in her car like that! That's impressive!! Enjoy your project!

How are you liking the Muncie/205/33s/37s combos?
Hows the revs going down the road?