A long-lived aviator, air demonstration pioneer, and leader has passed away at age 94, just two weeks shy of his 95th birthday.

ATLANTA — Lt. Gen. Charles “Buck” Pattillo, a co-founder and one of the first pilots of the Air Force Thunderbirds, passed away on Monday. He was two-weeks shy of his 95th birthday.

In November 1942, an 18-year-old Pattillo and his twin brother, Bill, joined the U.S. Army Air Corps. They fought during the second World War together, and came together again to form a European flight team for the Air Force.

Buck Pattilo served during World War II, the Korean War, and the Vietnam War. He earned his pilots wings in 1944, and began flying the P-40 aircraft. He later flew the P-47 aircraft, moving up to the P-51D Mustang — nicknamed Little Rebel — the following year.

In January 1949, the young pilot was assigned to Fürstenfeldbruck Air Base, Germany. There, Buck and Bill helped organize The Skyblazers — the aerial demonstration team for the U.S. Air Forces in Europe. Beginning with the F-80 Shooting Star and F-84s, The Skyblazers flew in over 250 air shows across Europe and North Africa. 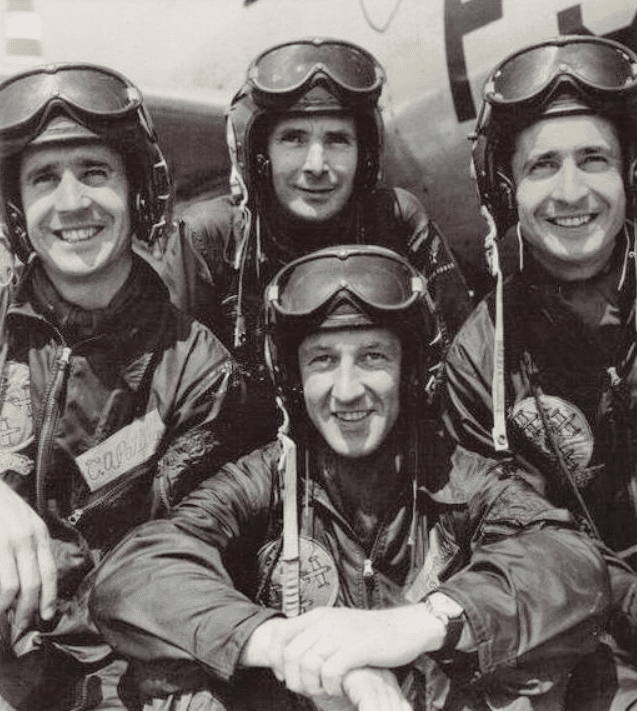 ​
Buck Pattillo’s experience with an air demonstration team moved him to create the Thunderbirds in 1952 while stationed at Luke Air Force Base in Arizona. Just as he did with the Skyblazers, Pattillo flew as the team’s left wing pilot, while brother Bill flew as the right wing pilot.

Led by Maj. Richard “Dick” Catledge, the Thunderbirds first year included Buck, Bill, and four fellow officers, plus 22 enlisted maintainers and logistics members. The Thunderbirds were activated on May 25, 1953, and flew the F-84G Thunderjet as a four-ship formation, according to the Thunderbirds. The T-33 Shooting Star, a tandem seat aircraft, served as the narator’s plane for media and VIP flights.

In 2000, both Buck and Bill were inducted into the Georgia Aviation Hall of Fame. The twins, each who rose to rank of General, had accomplished nearly everything together.

Buck and Bill continued to stay active into the 2000s, including attending air shows and public events. In 2009, they both attended the Oshkosh air show. It marked the first time since 1945 in which Buck visited the restored P-51 Little Rebel. He was all smiles.