Steel Soldiers MV of the month 2020 - May VOTE HERE 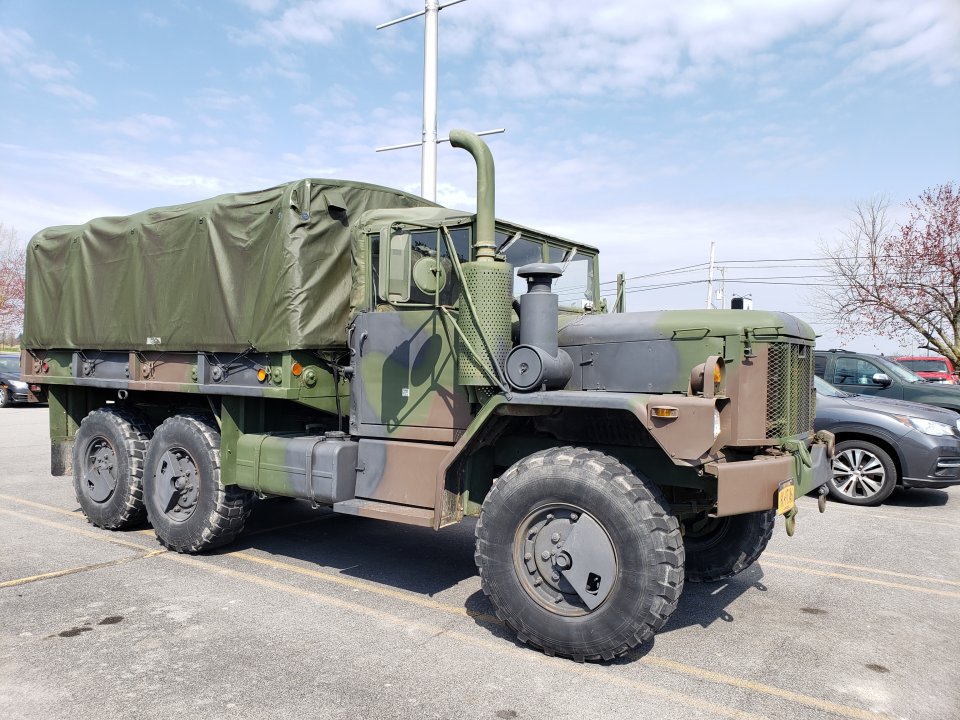 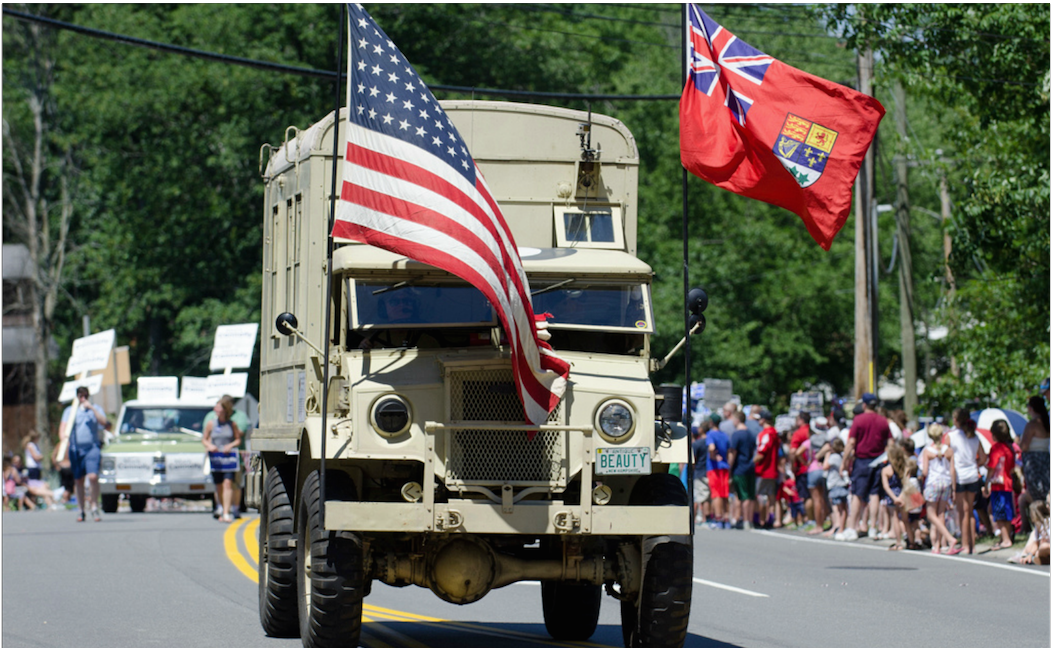 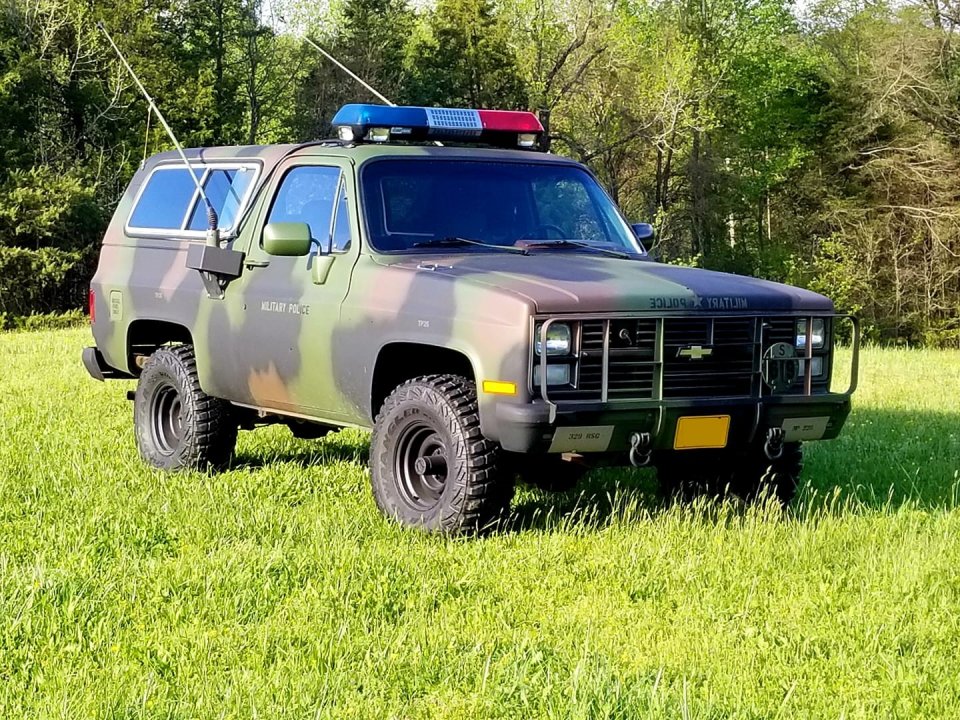 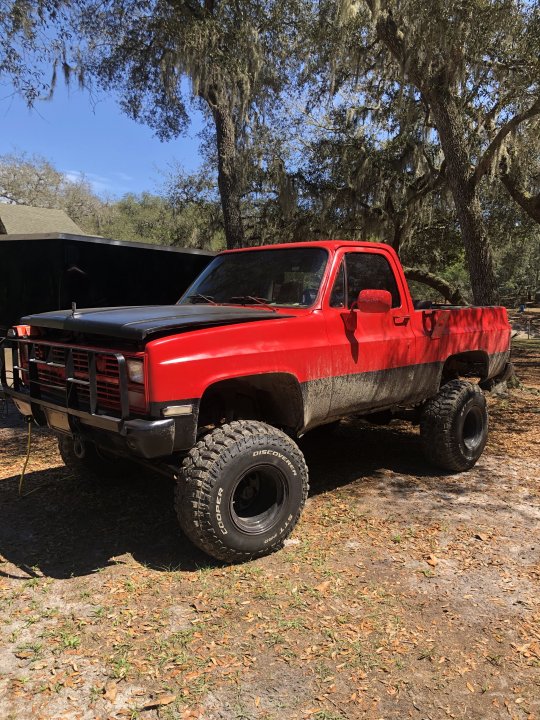 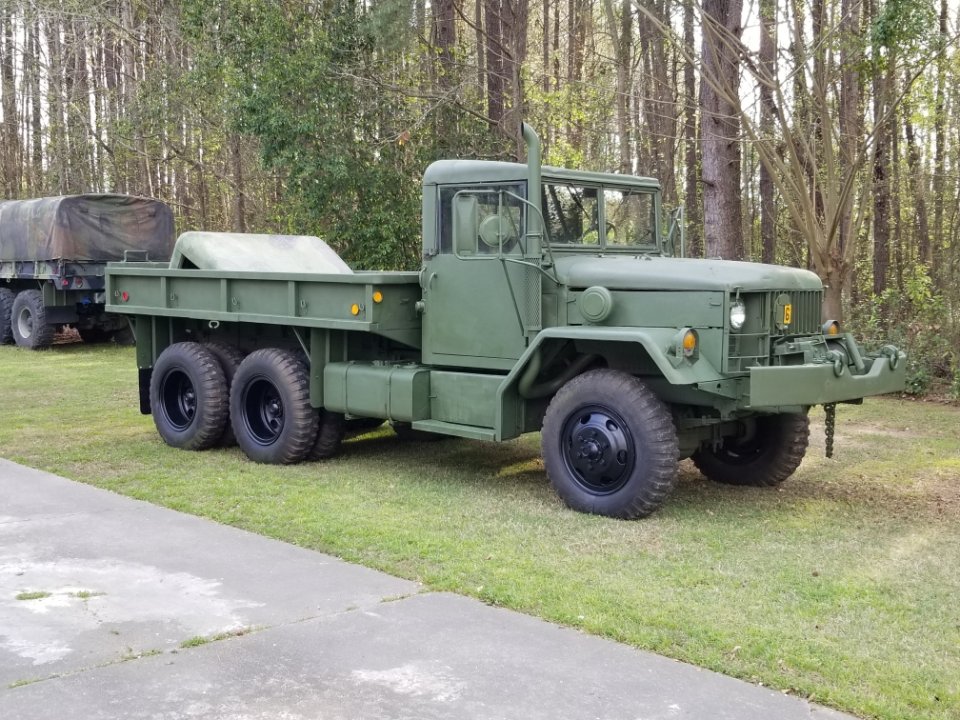 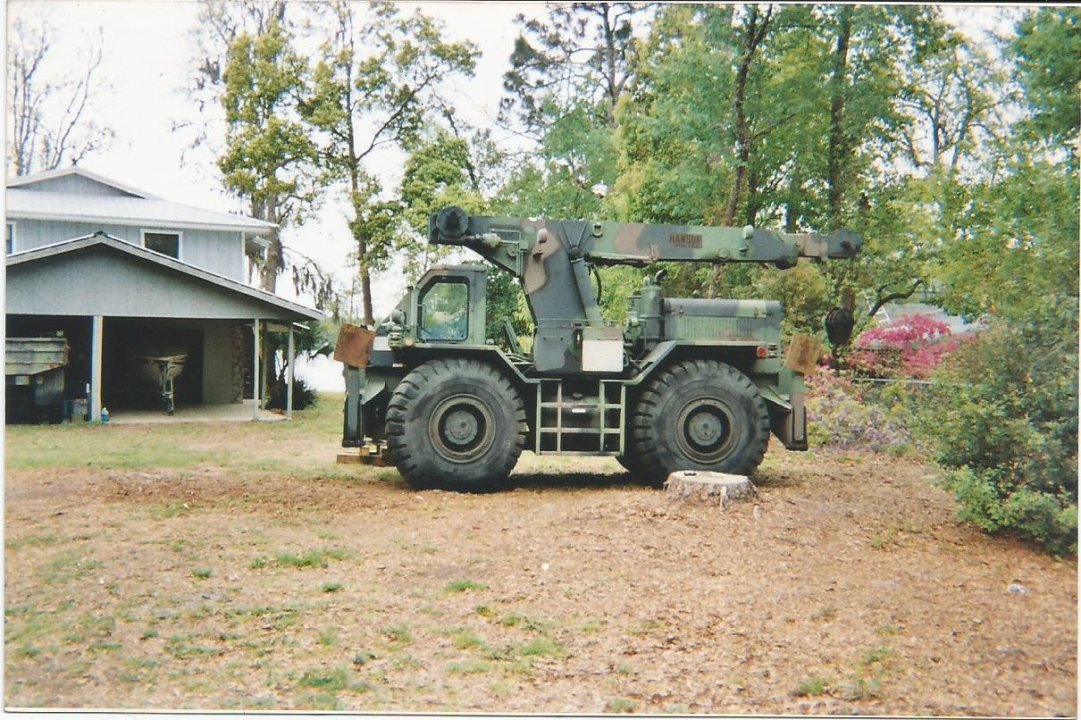 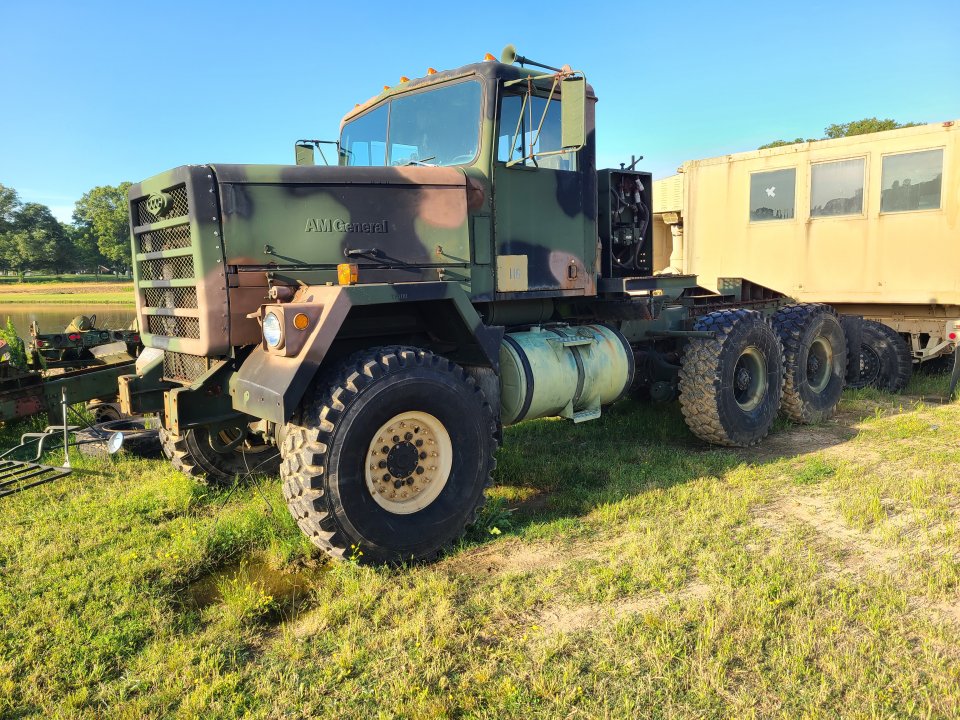 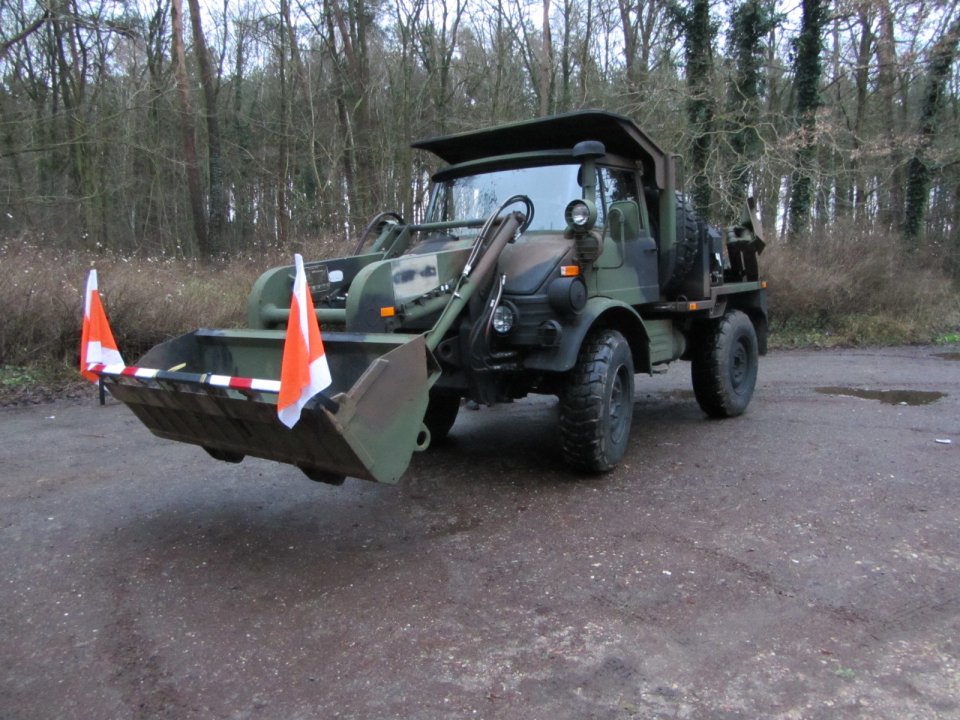 Ok, this is my first military truck build...1964 M35A2 w/winch that I bought back in 2017 from a surplus dealer out of NC. I'll start with pics of how she looked when I got her, my progress over time & how she looks today. I've done a complete maintenance overhaul, stripped/painted all the wheels, installed a Pioneer tool kit, new reflectors, headlights, rear splash guards/mud flaps, interior seats/pedal covers & shifter boot, new exhaust system & more than I can remember. Tough competition this month so best of luck to everyone...

Pics of the engine/exhaust rework...

Here she is in her present state...

The day I brought her home and a few other poses.

Now for a little drive in my CMP Radio Truck back in 2014 and 2018 we did a little convoy trip basically the length of New Hampshire . Just a fun way to enjoy our MVs.

My M35A3 is the first military vehicle I've ever owned. I'm not stranger to the hobby, though. My dad got me into it with his collection, consisting of a 1942 Ford GPW, a 1942 Autocar M3 Halftrack, a 1952 Willys M38A1, and a 1953 Dodge M37. I learned what goes into keeping these trucks going, and I learned how much fun they could be to work on and drive around! I always enjoyed driving them to car and truck shows and talking to people about them.

I started looking for an army truck after my wife and I decided we were moving. I sold my late grandfather's tractor and camper because I really wasn't using either of them, and I had nothing to transport them to my new home with. I wanted to spend the funds on something cool and practical, like a deuce and a half. I looked into 5-ton trucks as well, but their size and CDL requirement due to their GVWR in New York State steered me away from them (for now!). So I was looking at mainly cargo trucks of both gas and diesel varieties. I wanted a cargo box that would be easy for moving bigger things, like swingsets or play yard items for the kids. Plus I couldn't convince my wife to go camping in a shop van. I would've been happy with the XLWB M36 truck as well especially with its one dropside, but parking for it would've been very limited.

I ended up buying my truck from a local collector who's a longtime friend of my dad's, and he bought it from a guy who bought it from a GL auction at Fort Drum in August 2009. The collector bought it in October 2009, intending to work on it alongside his HMMWVs, but then I think he got distracted by his awesome tracked carrier restoration So it mostly sat in one spot on blocks of wood since five wheels leaked air. He found out that I was looking for a truck and sold it to me at a friends and family price. Along with it being local, I didn't think I should refuse it, so I looked it over, took it for a test drive and bought it.

The first thing I did after driving it home was loading its bed full of stuff and taking it to my newly-purchased home. I did that several times with that truck, moving stuff that wouldn't fit in the minivan or we deemed too dirty or bug-ridden.

Since then, I've been driving it all over the place, from getting donuts at a grocery store two towns over, to getting Applebee's takeout (the guy who ran my food out to me was impressed). People wave at me, give me thumbs up, that sort of thing that people driving sports cars don't get. When this pandemic clears up I totally look forward to taking my truck to a school car wash. I'll see that they get compensated well for washing my truck

Here are some more pics:

I've driven it to work only once so far and impressed my fellow desk jockeys. "It makes my car look small and insignificant" exclaimed one of them.

I wish I had some interior pictures. Nothing appears to be missing from the interior. The seats are in remarkable shape, with only a seam tear on the driver's seat back. All three 3-point seat belts are functional. I pulled the rubber floor mats out this past weekend for the first time and really felt how much moisture they really retain! There is some surface rust spots on the floor panels where the mats were, but I'm used to that in my dad's old trucks, but in this case it was accelerated over 25 years instead of 60+ year old metal with paint. I hung the mats out to dry and will reinstall them for car and truck shows since I think maintaining the vehicle's original appearance the best I can is important (I'm into historical preservation).

The truck is 90% original. The only thing I've done with it is install the air pressure relief valve per the relevant MWO instructions on the air compressor outlet. The original GL winner put a new exterior coat of paint on it, though its original stickers are still visible underneath. The truck has a barcode on its door saying it came from an army base in Tacoma, WA (at least that's how I read it). My wife would love it if I painted the truck CARC tan and swapped the 365 tires for 395s, but I really like the 3-tone woodland camo it has now and the stock tires.

Here are a few YouTube videos of the truck:

We purchased our FLU419 (Freightliner Unimog) SEE (Small Emplacement excavator) 7 years ago.
Brother was on holidays in South Germany and had a look to this unique little truck.
We owned another unimog these day´s, but this one was impressive to us.
A few weeks later we get the SEE delivered by a company.

These are the specifications of the SEE

When you post this picture as your entry all I could think of was Warthog from Lion King. The two flags look like tusks.

Years ago I was visiting the Army Engineer Test Center at Fort Belvoir Va. they had one of these trucks chained down in a test cell. It had pneumatic actuators on each control and it was actuating each control from one stop to the other one right after another. Just giving the whole hydraulic system a real thrashing.

The twitchin' votin' finger has cast my ballot.

Good luck to all of this month's candidates.

When you post this picture as your entry all I could think of was Warthog from Lion King. The two flags look like tusks.
View attachment 800395

Years ago I was visiting the Army Engineer Test Center at Fort Belvoir Va. they had one of these trucks chained down in a test cell. It had pneumatic actuators on each control and it was actuating each control from one stop to the other one right after another. Just giving the whole hydraulic system a real thrashing.

Good observation Phil. From what I've seen they dig like a Wart Hog as well.

Migginsbros said:
These are the specifications of the SEE

Thanks for posting the specifications.

Nice submissions this month. Restored my CUCV myself. It was a total POS when I got it, not running, missing electrical components, and even caught on fire when I first connected the batteries. In total I have around 600 hours of work into this CUCV. It's not perfect, but it does look nice.