Went to change the power steering filter and I think it's missing something. I think there should be a washer or something holding the filter down.

Well, even though it is freezing outside, I wanted to help my buddy Mike so I put on three coats, two pairs of gloves and a lot of long underwear. It was easy, just like you said. Two bolts and the cover was ready to come off. Mine was stuck so I had to pry it off. I was already to take photos to show Mike what he was missing. Prepare to be disappointed.

ALL I saw was OIL! Black, thick oil. If there was a filter in there - I couldn't see it!

Then I had a good idea. Use my camera's flash to light up the oil and maybe I could get a photo of something I could not see. It half worked. I can see a washer or something in there.

Dude! You're the man. It's mid 50's here in so cal and I'm not going outside.
I'm 99% sure this pic is what's missing. I ordered one and we'll see. I'll make a follow up video.
Thanks again! Might be time to change your fluid too 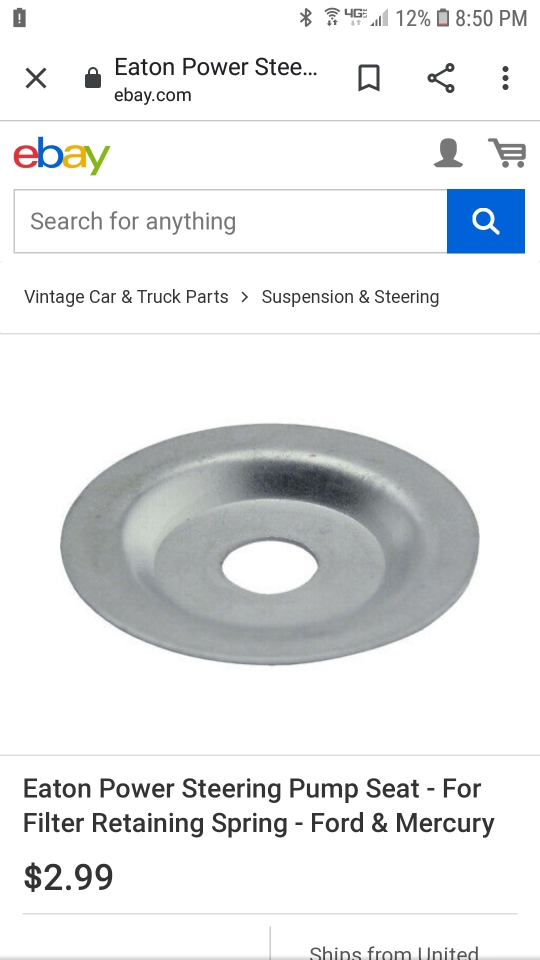 Tomorrow it is going to get up to 36 degrees which is not too bad. If you want me to, I could pull out some of the oil - enough to get to the top of the filter, and then send you some additional photos. Let me know.

Yes, I think it is time to change the oil but I will wait until summer to do it.
J

It turns out I have the same problem. It was fairly warm so I took your advice and went to change the fluid in my power steering. Using a transfer pump, I pumped the oil out of the reservoir and then I saw that my filter was missing the washer and so the filter was just loose and not filtering anything. I finished pumping the oil and I found some parts at the bottom of the reservoir. I was missing the top washer but I had both o rings. With the top o ring in place, I think a flat washer would work so I just found a large washer and used that.

Here is how mine turned out.

Thanks for head's up!!

Wow so I wasn't the only one? Yes that big washer will do just fine.
J

When I was cleaning mine out, I saw my rag had the black dust that means metal fillings are in the oil. So today I put three magnets on a string and dropped the magnets into the power steering reservoir. I will pull them out after a while and see what metal things are in the oil. BTW, for the people that are also thinking of doing this, the reservoir takes 2 gallons of oil.
You must log in or register to reply here.
Share:
Facebook Twitter Reddit Pinterest Tumblr WhatsApp Email Link