Elijah95 said:
Whew ran a 20hr yesterday followed by a 19 hour today, we are HOME! Will update with the nitty gritty after some sleep
Click to expand...

Can't wait to see this! See you in a few weeks. If you wake up by then!

Please give us your thoughts on this monster. How it drives, quirks etc. I may be next.

How did your riding partner take all this. Wow!

Where is the story

Rmtaunton said:
Where is the story


Sent from my iPhone using Tapatalk
Click to expand...

The rest of the story: After coming in at Jim and Donnas in kingman @ almost 2:30am, we got cleaned up and settled in for the night.

Woke up the next morning to stomach pains that had me doubled over... the excitement had me wired and I was skipping meals repeatedly, and those who know me know I can’t afford to miss a meal being 6’3” and 178 pounds soaking wet; my body wasn’t agreeing with it. 3 hours later Imodium was a band-aid that got me back moving.

Jim was waiting for me while Amber and Donna were at Walmart buying supplies for the trip, so we began letting the excess gear oil escape through the fill plug. Removed almost 2 quarts of oil from EACH differential! Front and intermediate was clear amber but the rear was BLACK and foul smelling. Decided to let it be after peeking in with a view camera and the gears and bearings looked good.

Checked planetary hubs again, and all other fluids. Unhooked the goat, began inspecting the m989a1 I had purchased and a buddy towed down to Jim’s place for me. It needed some wiring done on the front harness, and the left rear tail light was busted out of the bucket. We sourced some twisted and tweaked but FREE wood from a buddy and started measuring, cutting, & nailing it down. He may be a Vietnam veteran but this man is STOUT and I was running ragged before he even broke a sweat. We nailed down 10-12 2x6s from front to rear strictly in the tire path of the Gama goat, added some cross sections for stability, and hooked up the truck. Called a couple local towing companies and found someone to bring a 19ft roll back out. The goat just barely fit! 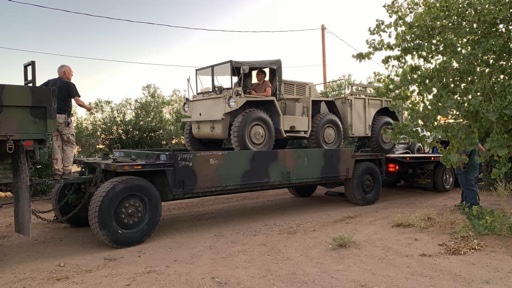 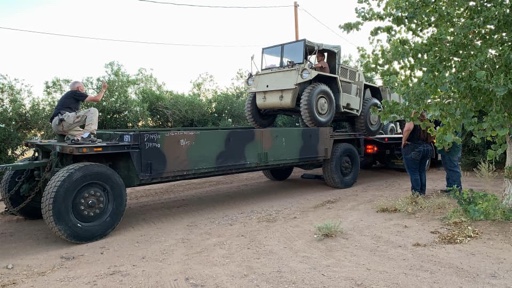 Talk about scary when the front tires touched down on the wood for the first time and you could hear every bend and twist of the wood cracking as it straightened.

We drove it on up then called it quits to ride into town to acquisition chains and ratchets. We returned to a wonderful home cooked meal and afterwards started chaining it down as best we could per the TM. Wired up the front harness and connected it to the truck, wired up the broken rear tail light and thanks to Jim’s ingenuity we tied the light in place with some solid wire. Checked all the lights for function, and pulled out the glad-hand air chuck to check and set pressures on the truck/trailer tires. Ctis is non-op on the truck currently. Greased as many fittings I could find, and we retired for the night.

After a brief 4 hour nap, we woke up and they packed us a cooler full of food and drinks for the road. I literally cannot say enough about their hospitality, they adopted us for the weekend and quite frankly we didn’t want to leave! Offered to pay for it all and they wouldn’t take a single dime. I’m going to mail a check to them later so it’s harder to say no lol. Fired up the truck and off we go! Stopped to get fuel and rolled out. At this time I suspected (and later confirmed) the fuel filters were clogged with sand and the truck was running what felt like 25% down in power. The hills coming out of kingman on i40E literally brought me to a crawl at 35mph like all the other class 8 trucks.

I ran the truck hard, giving it everything it had at all times, running 65 mph on the governor 2100rpm, oil pressure was 35 psi hot at speed and would decline to 32 when the temp would reach 205° where the fan would kick in and promptly bring it back to 190°. I would stop every 250-300 miles depending on where I found fuel the cheapest, averaging 5.7 mpg weighing in at 53,000. Transmission shift logic is pretty advanced, especially coming from a m923a2, and it is continuously learning your driving habits and throttle usage. The double overdrive Allison coupled to the underdrive transfer case leaves more to be desired but shifting is smooth, power is constant and overall I’m very happy with it. We drove until 11:30 pm where we had crossed the top tip of Texas, and I was tired. We stopped for fuel one last time at a little station with 1 pump, and the entire place was covered in a storm of bugs flying, stink bugs, beetles, moths, and weird ass bugs I’ve never seen before! Amber got attacked by them.

We rolled about another 30 minutes through a barrage of bugs splattering everywhere until we finally stopped across the road from a station and was going to crash for another 4 hours, I was awoken to a scream 30 minutes later to bugs in the cab and we decided to use the bathroom and push on further to a bug free environment. We ended up stopping on an on ramp and rested a little longer, fired up and rolled hard for about 30 miles until we hit fog so dense you couldn’t see 5 foot ahead. Once clear of that it was smooth sailing (What are scales?)

Later we hit some serious rain storms and MAN those electric wipers sure are quiet.

The diff with the burnt fluid was running 180 while the rest were about 160, and the planetary hubs were averaging 145 while the trailer hubs were a cool 103-112. The truck will be receiving a full Lube order before the rally. We had a nasty detour through Birmingham city streets, and the hills coming out were rough but we pushed forward. We made it home without a hitch at around 2:30am est and retreated to bed.

We were beat, cross country in an unknown truck with an unknown trailer in tow required a large pair, a lot of luck, and many answered prayers. Every time I’d send a silent prayer because I was struggling I’d pass a huge white cross as a monument, I truly believe we wouldn’t have been able to pull this off if it weren’t for the prayers being answered and there’s no way I could have pulled it off without Micah, Steven, Devin, the guys at TMG, and Jim & Donna. Thank you sincerely to everyone who helped in person and donated funds to the trip! Y’all are the real MVPs! Also thank you for being available, for technical support, recovery assistance, and breakdown rescue if necessary. Once again the entire community pulled together to cover my 6 on another wild and off the wall recovery.

I’m also going to pretty much turn this thread into a log of what I do to the truck, and random pictures concerning it and it’s build over time

If you have any questions, please ask and I’ll try to answer anything y’all can come up with 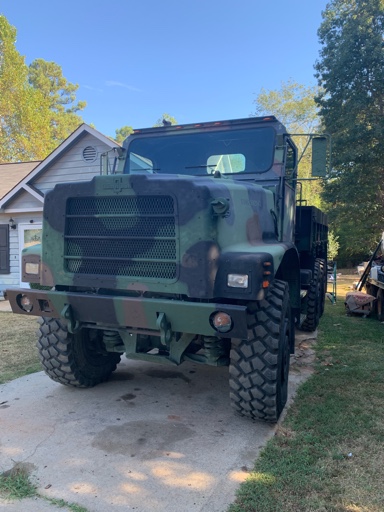 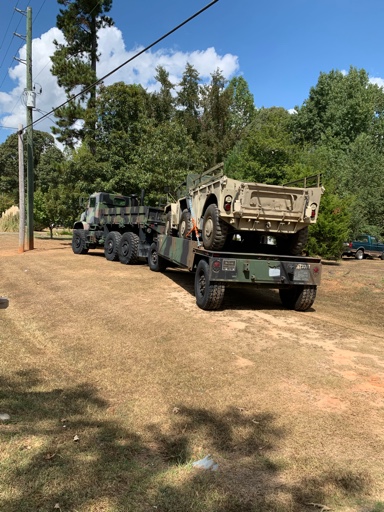 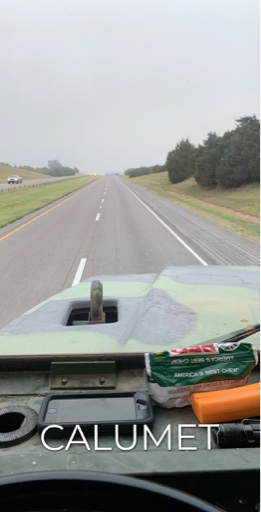 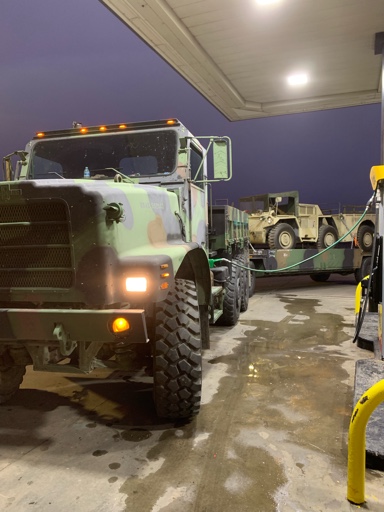 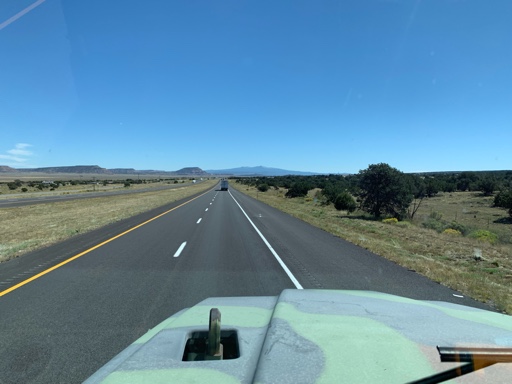 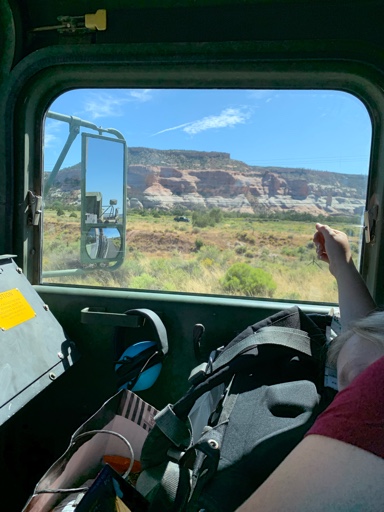 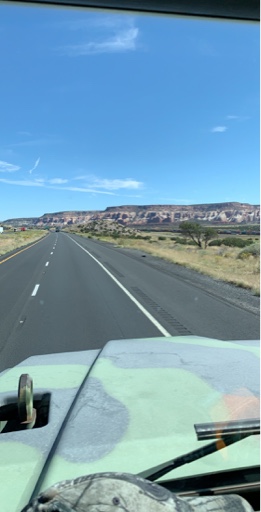 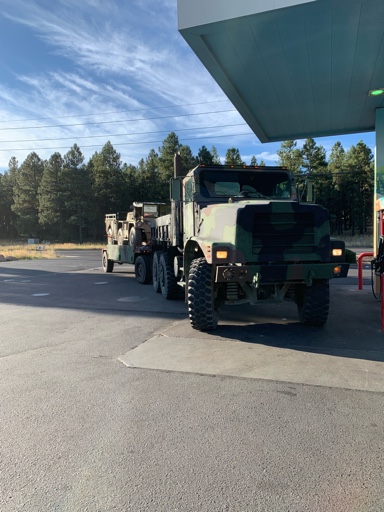 Jim & Donna are great folks; I'm glad that everything worked out well for your recovery. I heard that William & Roger had a fun time bringing your 989 down to Kingman.

I remember one time Jim called me & I told him I couldn't talk, I was struggling with something outside in the summer heat...about 20 minutes later I hear Jim & Donna's Dodge Cummins pull up in front of my house, and here comes Jim with his work gloves on ready to give me a hand...I never asked for help but here he comes ready to lend a hand. He's a longtime MVPA member and an all-around great guy.

William (mulemac01 here) is also a hard-working, helpful fellow. He can back a trailer like nobody's business and is a darn fine truck driver.

Glad you made it home with no incidents nor mishaps; you had a lot of good karma following you.

Sounds like a great trip and good friends along the way!!

That's awesome! Congrats on the trip. Just reading this now, but I'm about 40 minutes west of yermo. Sorry I missed you. Sounds like an adventure and a great trip. 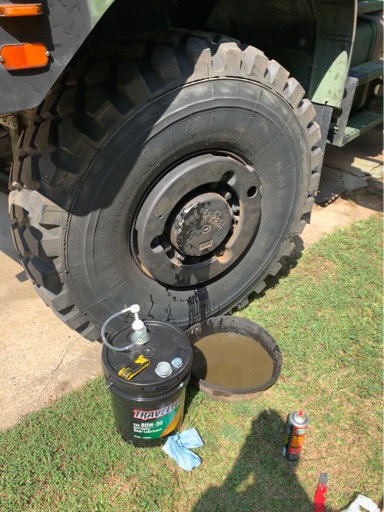 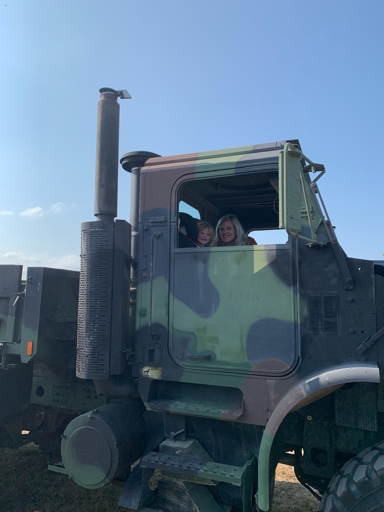 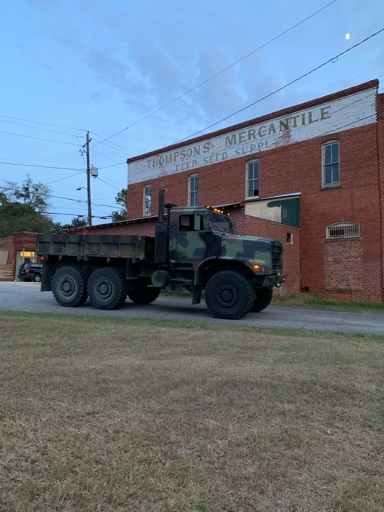 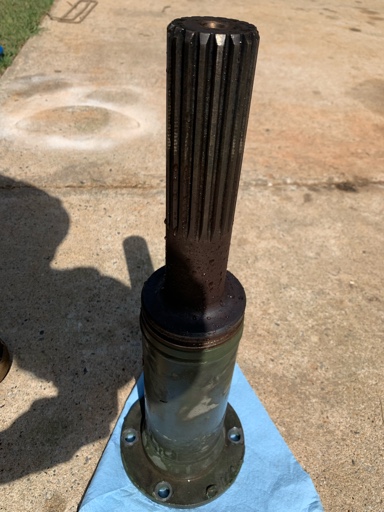 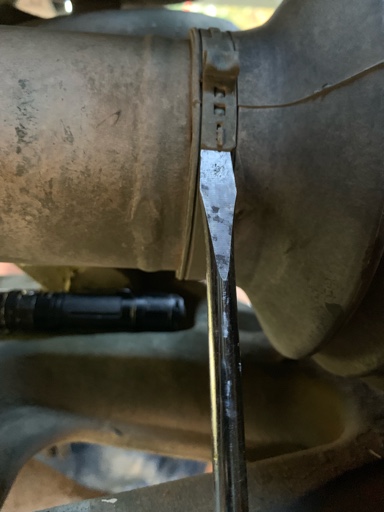 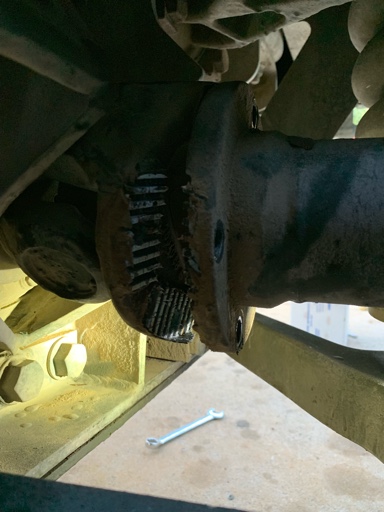 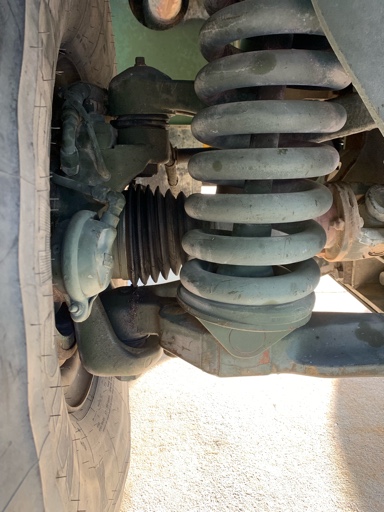 To do before the Georgia Rally:
Replace serpentine belt
Try to fix CTIS (did anyone mention airing up manually SUCKS on 16.00s?, error code for failure to sense pressure on circuit B tank)
Try to fix high idle function

Where did you buy the boots?

Efituned said:
Where did you buy the boots?
Click to expand...

Greased the entire truck, made another video

Went ahead and changed the belt, also check out the jackshaft! It’s easy to grease for once