Thanks to Gunzy for finding this for me, I won my first auction from Gov Planet on Wednesday, April 1st, 2020 for an NOS 3-piece canvas cargo cover kit for my deuce! I obviously have a working vinyl cargo cover setup, but I didn't own a canvas one.

I am not impressed with Gov Planet's service and lack of internal communication, but at least their photos were accurate and of the actual item. The facility, located at 883 N. 2000 W., Farr West, UT, only allows "load outs" from 8am - 2pm Tues/Weds/Thurs. Which means I had to take time off from work for my pick up. I scheduled my pick up via text message (as I was directed to do via the voicemail) with Misty, the location's GP representative, for the following Tuesday, April 7th, 2020.

When I arrived, the forklift operator claimed I didn't have an appointment which I refuted. At least the forklift operator didn't put up a fight about it. She wanted me to text her my item release because she wouldn't touch my paper print out due to concerns for Coronavirus that comes from China (even though at the time Utah only had LESS than 1900 confirmed cases of COVID-19, in a population of over 3.2 million, in a state of nearly 85,000 square miles, granted, not spread evenly), so I took a photo of the Item Release paper and texted the photo. The forklift operator then directed me to move my vehicle outside the gate and she'd bring my crate to me.

At least I was able to unpack the crate and leave it in with the other discarded pallets by their entrance.

I unpacked everything at home and unfolded the canvas as it needed to dry.

Unfortunately the end curtains had seen the worst of the constant wetness for likely 20+ years, and all metal pieces have a thick coat of heavy, green corrosion. I think I can wipe it all off, but it will be time consuming and super messy. The main, larger section faired better, having little signs of corrosion, but heavy odorous quadrepel smell, and a lot of loose thread and grommet punch outs left over from the manufacturing process.

I did have a thought, perhaps I could use the canvas cargo cover as sort of a "home made" arctic cargo cover. Basically, put on the canvas cargo cover, then put the one-piece vinyl cargo cover over top of it. That would give superior water protection on the exterior, and with the canvas on the inside, there wouldn't be condensation dripping onto the occupants/cargo inside the bed. The canvas, being treated, would not be worse for wear with any moisture trapped between the two layers of cargo cover for the duration of the trip, even if it were more than a few days. I mean, the canvas already survived being tightly folded in a crate being wet for who knows how long...

Good score! Despite the frustrating parts, let me tell you how lucky you are that you have an opportunity to bid on such items AND pick them up at a facility not too far away. No such opportunity here for me, unfortunately, just checking GovPlanet and being jealous!

Back filling some truck usage here:

Nov. 11, 2019
I once again took my truck to work for their Veteran's day flag raising ceremony. The WWII Jeep is owned by Chris D, and the last photo was right after he got done manually starting it.

June 26th, 2020:
I went and participated in flag bearing along the procession route to honor the final return trip of Airman 1Lt Kenneth "Kage" Allen, whose funeral was just last Saturday, July 4th, 2020. 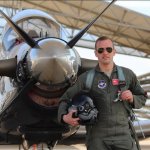 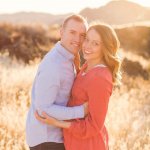 My city canceled their Independence Day parade and instead held an ironically named "Freedom Drive" on a small loop around the town of only city first responders at the same time the regular parade should have been held. So instead I went south and finally got to participate with the Freedom Vehicles Association that held a "Victory Ride", probably the largest gathering of privately owned Military Vehicles in Utah, on a 19+ mile trip around Orem and Provo, Utah.

View all the pictures here:

We didn't have any official support from police, city or state and our convoy was frequently broken by lights, and traffic, but we'd stop from time to time to gather back up, as such, there was some disorganization. But it was a fantastic time all the same.

That sure is pretty country out there in Utah, and what a day:

Is there high humidity in that part of Utah? Because as clear as that air is I am guessing not, like 50%-60% or something. Nice!

Another Ahab said:
That sure is pretty country out there in Utah, and what a day:

Is there high humidity in that part of Utah? Because as clear as that air is I am guessing not, like 50%-60% or something. Nice!
Click to expand...

Utah is rather dry, but it still rains and snows here. The humidity was probably less than 20% (it's currently only ~15%), just the way I like it. The temperature was about 68F in the morning in the low 90's by the afternoon. Very comfortable basically all day, but the UV index is high so wear sunscreen if you're a blond like me ;P
The return home drive north on I-15 was pretty warm and my back was sweating, but I wasn't dying, just a bit uncomfortable.

News casters here constantly complain about the weather or supposed "smog" but I haven't been anywhere with better weather than Northern Utah. It isn't always sunny, it isn't always rainy, it isn't always cold or hot. The temperature and weather changes, there's winds, clouds, storms, seasons and I love it.