The Military Transport Association's annual MV show (aka Sussex) is 98 days away. Dates are April 16th-17th, 2016. The show is always a big hit and is probably the biggest in the northeast now. This is a great event with lots of MVs, Vendors, and more.

Hotels:http://mtaswapmeet.us/Hotels - MTA Military Show & Swap Meet.htm. Hotels usually fill up quick as there is usually another event (typically a dance recital) that goes on in town at the same time.

So what is everyone want to buy/sell/trade at the show? What vehicles are you planning on bring?
Last edited: Jan 21, 2016

I'll most likely be camping out in the display field all weekend with my M1031. Not sure if I've got any hot ticket items to sell and don't really need anything atm. Think I'll just do the usual wandering about and impulse buy all the goodies.
Last edited: Feb 1, 2016
F

Anyone heard of a date this year for the show at the fair grounds.
F

I have been going to this show for many years and as of late it seems less and less people are attending. Has anyone else noticed this or is it just me?

This is the link for the show, including available space inventory.
http://mtaswapmeet.com/

As of last meeting, vendor space sales were brisk.

I would like to answer the question above, Our show has grown in every category for the first 11 years, and by a lot. The last few we saw growth level in a few areas and then come back, I have said for years we will have to see a time when it levels off it just has to. Vendors have grown every year and is still growing, A few years ago some vendors said " We were a little tight, so we rented more buildings and spread them out, Some noticed the more rented space and more vendors, " But I did hear " Hey it looks like less vendors ? " What it is and was the lay out, Yes they had more space . Example, When we started ago we rented 3 covered barns for outside vendor's , we now rent 6 , we spread out the vendor's because we were asked to.
We also fill the Grandstands now , we never needed that before either But we needed the space ... .

As for Vehicles, We hit a monumental 166 or so a few years ago, But went back down to the 144 range the last 2 years, Now this is interesting, A few years ago when we had so many it was crazy, BUT it was all BIG IRON !!! ) We had almost no Jeeps and no ww2 .

So before the last show we called e mailed and begged for Jeeps and ww2, It paid off, Those in the know said we had more Jeeps of a diverse mix than anywhere anytime around, the 4 wheel steer, The Bantams, all the slat grilles etc. ww2 was strong also, But the Big Iron was down,, So we are at a point where we will see a variety of vehicles at different years for different reasons, I don't know of any shows that have that problem LOL.. Most have the same 40 to maybe 80 show up each year after year...

Anyway , the public attendance was down by 100 , 2 years ago but it was a record year again last year, It costs us over 20 to 25000 to put this show on, We advertise we produce the public. In HUGE numbers on BOTH days !!!!

We already have a record number signing up and some NEW vendors widely sought after in the hobby !!!!!

This and any show is what you make it, With out YOU there are no shows) Please support us and every show when you can ))

The people are friendly, the atmosphere is welcoming to all in the hobby, including family members.

We have grown our presence at the show and now reserve 4 booths and bring several trailer loads of parts to sell.

I highly recommend this show to anyone who can attend

Guys, I already made a thread

Maybe a mod can merge them.
http://www.steelsoldiers.com/showthread.php?149039-MTA-Swapmeet-2016
G

Will there be a thread for buying and selling at the show? Im looking for a 90mm m26 pershing inert projectile. Thanks

I agree, this show is falling apart, its run by several arrogant "leaders" as soon as they leave it will be a great show again.
K

Add them here. This is kind of an all in one thread.
G

Is anyone selling Inert Ordinance at the show? If so what do you have (Im a collector). Thanks!!
K

Anyone need any parts off a M139 series bridge truck that I can remove from the truck easily (cab parts, exterior fittings, etc)?
Last edited: Feb 23, 2016

I'll be vending at the show again this year, I can bring anything I've got listed in the classifieds if it's easily transported. I've got various parts for m37s, 2.5 tons, 5 tons, CUCVs, m880s, HMMWVs, and others as well as tents, radio stuff (no antennas except 2 NOS mx6707s and whips), new mep-003a motors, and a ton of other miscellaneous items so send me a PM if you're looking for something. 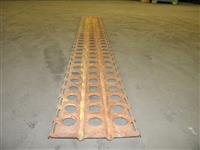 joho said:
I agree, this show is falling apart, its run by several arrogant "leaders" as soon as they leave it will be a great show again.
Click to expand...